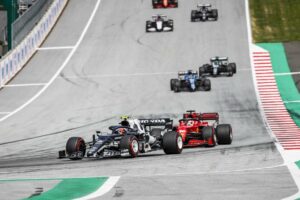 Michael Masi has confirmed the Styrian Grand Prix collision between Charles Leclerc and Pierre Gasly was adjudged to be just one of those first-lap racing incidents.

Gasly limped back to the pits effectively with two wheels on his AlphaTauri and suspension damage after his left rear tyre was clipped by the front wing of Leclerc’s Ferrari.

The resulting puncture caused Gasly, who had started sixth, to slow considerably and drop into the pack on the approach to Turn 3, where he was hit by Antonio Giovinazzi’s Alfa Romeo.

The damage caused Gasly to retire from the race – only the second time he has failed to score points in eight grands prix so far this season.

FIA race director Masi said the contact between Leclerc and Gasly had been “looked at as part of the lead-up” to the subsequent incident with Giovinazzi – but the stewards decided not to look further into any of it.

“It was deemed one of those that, being a first-lap type matter, and considering the whole situation, it was noted that no further investigation was necessary,” explained Masi to reporters. 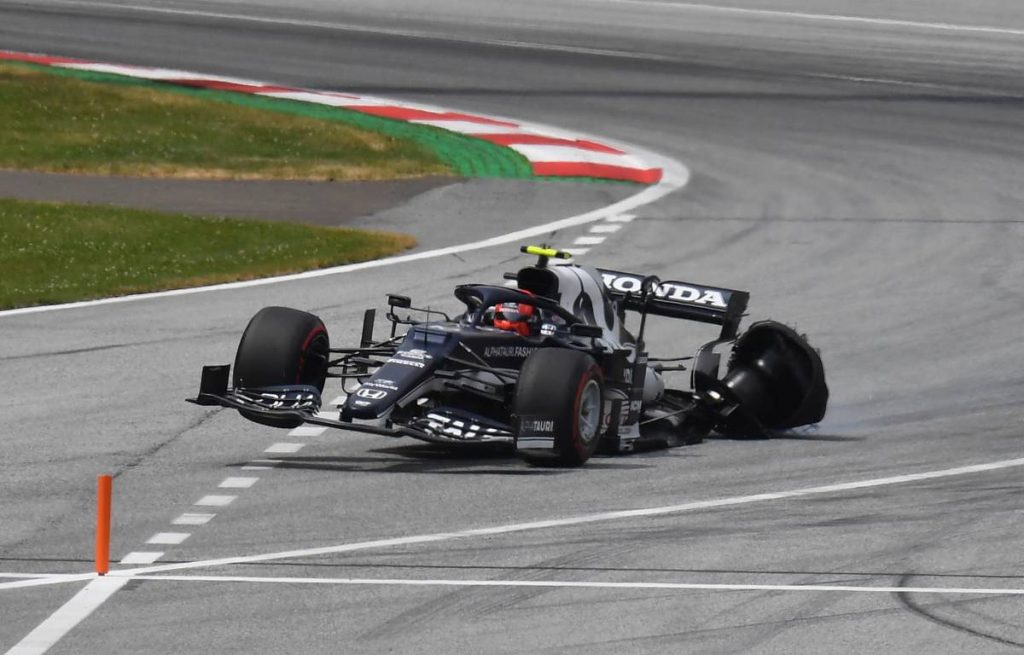 Leclerc came out much the better from the incident because although he was forced to pit, he battled his way back up the order with a superb recovery drive and ended up seventh – bagging the Driver of the Day award.

Giving his version of events that occurred after the opening corner, the Ferrari racer said: “I was on the left of Pierre, I think he was trying to take the slipstream of the guys that were slightly to his left, and went to the left at the same time I was trying to get behind him.

“We just got surprised, both of us, and we had contact. It was very small contact that had very big consequences for both of us.”

The duo are friends as well as rivals and Gasly had no interest in calling for Leclerc to be penalised.

“At the end of the day, I don’t really care because our race was over already, so it’s not going to change anything whether there is a penalty or not,” said the Frenchman.

“I’ve done one corner on four tyres and then the rest of the lap I was either on three or two. It was a small contact with Charles and then the tyre blew up and that was it. Very frustrating.”