Ahead of his Formula 1 practice debut, Fred Vasseur has been singing Mick Schumacher’s praises saying he has “all hallmarks of a champion in the making”.

Alfa Romeo announced on Tuesday that Schumacher would make his Formula 1 debut at the Eifel Grand Prix, putting in the laps in FP1 at the Nurburgring.

It is expected to be Schumacher’s final audition for a Formula 1 drive.

The German, the son of seven-time World Champion and Ferrari legend Michael Schumacher, has been linked to a move to Alfa Romeo, stepping from Formula 2.

It seems Alfa Romeo boss Vasseur is in favour.

“There is no doubt that Mick is one of the great talents coming through the feeder series’ ranks and his recent results have been showing it,” he said.

“He is obviously quick, but he is also consistent and mature behind the wheel – all hallmarks of a champion in the making.

“He impressed us with his approach and work ethic on those occasions he was with us last year and we are looking forward to working with him once more at the Nürburgring.”

He is, however, leading the standings with 191 points, 22 ahead of Callum Ilott who will be in action for Haas. 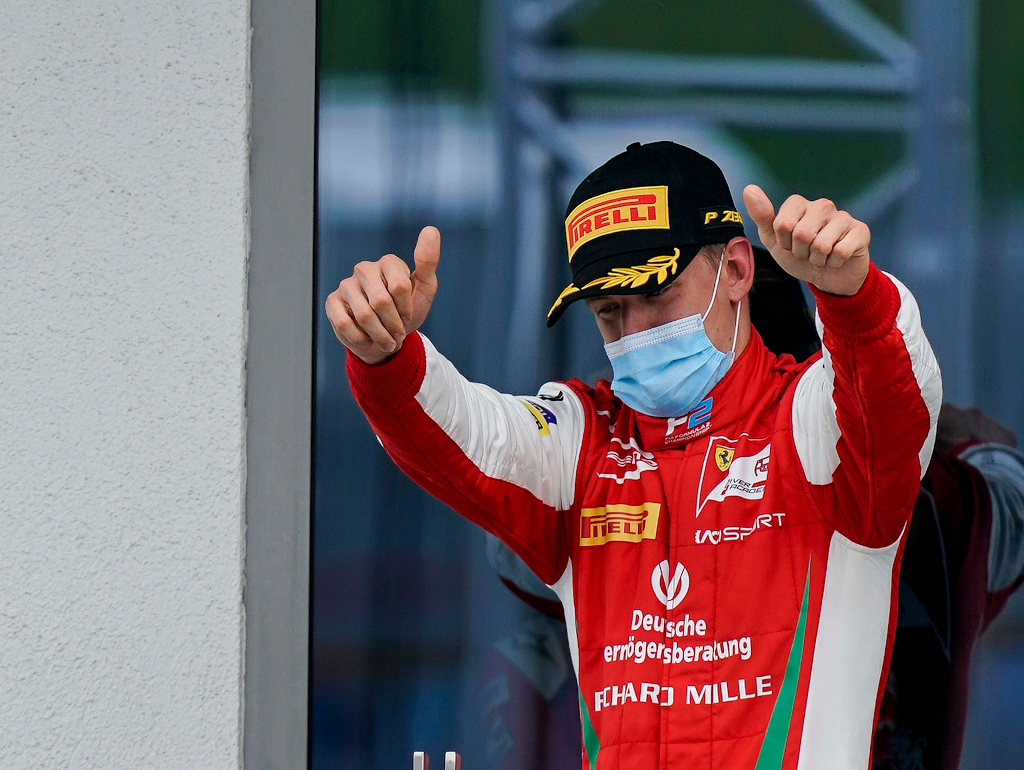 Schumacher’s uncle Ralf believes the 21-year-old is ready for Formula 1.

“I have always said that it is important for Mick to always be in the top three [of the F2 World Championship,” he told Sky Sports Germany.

“Now he has also won, is always one of the fastest and now leads the championship.

“His learning curve over the year has been very promising.

“I can’t imagine that Mick won’t be driving Formula 1 next year.

“One thing is for sure…he definitely has what it takes to drive in F1 next year.

“He was runner-up in Formula 4 and he won Formula 3.

“Now he is the leader of F2 at the moment. He has shown performance over several years and classes now and proved that he is one of the best.

“So it is also clear that he has the potential to drive Formula 1.”

END_OF_DOCUMENT_TOKEN_TO_BE_REPLACED

END_OF_DOCUMENT_TOKEN_TO_BE_REPLACED
We and our partners use cookies on this site to improve our service, perform analytics, personalize advertising, measure advertising performance, and remember website preferences.Ok