Thierry Neuville has taken victory ahead of Sebastien Ogier in a thrilling end to the 2020 World Rally Championship season-opening Monte Carlo Rally.

Hyundai driver Neuville was in imperious form on Sunday, winning both stages in the first loop, and he maintained that dominance as he won the 18.41km La Bollene Vesubie – Peira Cava test, 1.4s ahead of the Toyota Yaris of Ogier.

It looked like Ogier was going to win the Wolf Power Stage, but Neuville matched Ogier’s time to take the stage win by a few hundredths of a second, meaning the Hyundai i20 Coupe WRC driver won all four stages of the day to seal his first WRC Monte Carlo Rally triumph.

Ogier’s Toyota squadmate Elfyn Evans started the final loop of the day in second place, and clung on to that position after SS15, but the Yaris driver dropped to 11.1s behind Neuville, and only had a 1.5s advantage over his teammate Ogier going into the final stage of the rally.

He then lost a further 3.2s to his team-mate in the final run through La Cabanette – Col De Braus meaning he finished third overall.

Esapekka Lappi had another strong run on the second loop in his M-Sport Fiesta WRC, finishing fourth-fastest in the 13.36km La Cabanette – Col De Braus stage, and securing fourth overall, while Sebastien Loeb struggled again in the final loop.

The Hyundai i20 Coupe WRC driver was having to conserve his tyres considerably more than anyone else after “completely” destroying a tyre in the final stage of the first loop.

The seven-time WRC Monte Carlo Rally winner was so slow that he lost 49.1 seconds to Lappi on SS15 and was another 49 seconds slower than the M-Sport Fiesta WRC in the power stage.

That meant that Toyota driver Kalle Rovanpera was able to leapfrog Loeb to secure fifth place in the rally.

Takamoto Katsuta had a clean run in the second loop and finished seventh, while M-Sport driver Teemu Suninen had an impressive run in the final run through La Cabanette – Col De Braus to jump up to eighth.

Citroen C3 driver Eric Camilli secured victory in the WRC3 class and ended up ninth, 11.8s behind the Fiesta WRC of Suninen.

Mads Ostberg celebrated his WRC2 victory by doing a doughnut at the final hairpin of the 13.36km Power Stage, as he rounded out the top 10. 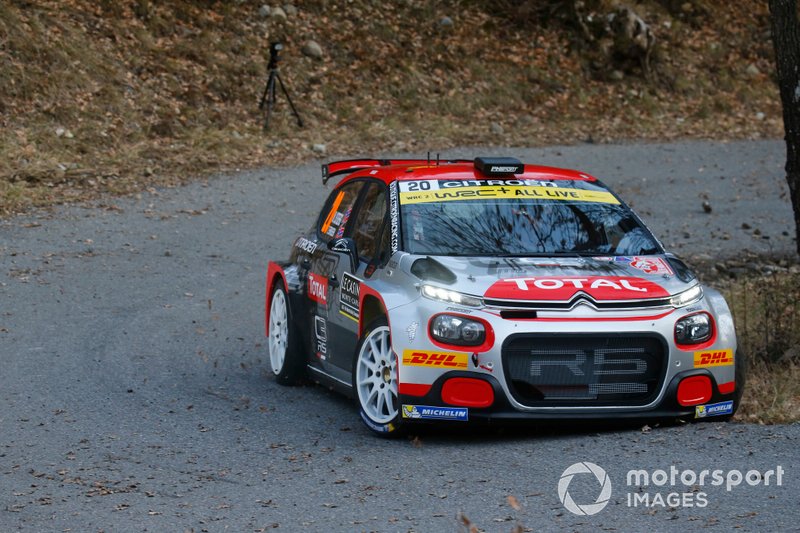