The ongoing COVID-19 pandemic has canceled the NASCAR weekend scheduled for Feb. 27-28 at Auto Club Speedway in Southern California.

Instead, NASCAR will move the event from Fontana, California to the Daytona International Speedway Road Course the weekend after the Daytona 500 and two weeks after the exhibition Busch Clash takes place on the modified Rolex 24 layout.

The Daytona International Speedway Road Course made its NASCAR national touring debut in 2020 as a replacement event for the canceled races at Watkins Glen International in New York.

The adjusted schedule will also result in the Homestead-Miami Speedway event moving back a week to Feb. 27-28 to complete a three-week stretch in the state of Florida. Homestead was originally scheduled to be the second points-paying race of the season.

The schedule will resume as intended on March 5-7 at Las Vegas Motor Speedway.

Austin Cindric won the inaugural Xfinity Series race on the Daytona International Speedway Road Course in August while Chase Elliott emerged victorious in the Cup Series. Both drivers went on to claim respective championships in the division.

“Daytona International Speedway is known for iconic moments, and last year’s historical, first NASCAR road course races were incredibly exciting and added to the legacy of the World Center of Racing,” said Daytona International Speedway President Chip Wile. “It was also great to see our trio of winners go on and hoist Championship trophies at Phoenix. We’re thrilled to have all three series back.”

The track has hosted at least one race every year since its debut season in 1997.

END_OF_DOCUMENT_TOKEN_TO_BE_REPLACED 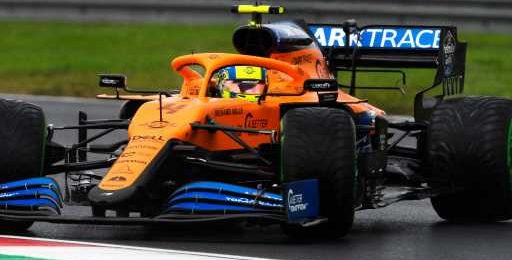 Lando Norris believes McLaren will benefit from having an all-round better power unit after switching back to Mercedes. The Woking […]

END_OF_DOCUMENT_TOKEN_TO_BE_REPLACED
We and our partners use cookies on this site to improve our service, perform analytics, personalize advertising, measure advertising performance, and remember website preferences.Ok