Hendrick Motorsports drivers and crew chiefs are anticipating performance gains this season from the new Chevrolet Camaro ZL1 1LE but they should see additional help later this year.

The 2020 Chevy Camaro in the Cup Series features a new body that is similar to what has been run the last two seasons with the most prominent difference being the nose of the car is much more rounded.

The Chevy ZL1 had a far more distinctive and pointed nose – a feature which seemed to give the Chevys difficulty when it came to bump-drafting on the superspeedways.

“I can tell you this, Hendrick Motorsports is not happy with the performance we’ve had the last three years. We’ve got to do better. Last year we had a lot of expectations with the product we took to the race track and it just wasn’t there,” veteran crew chief Chad Knaus said Thursday at HMS.

“We had to push, along with the other Chevrolet teams, to go to Chevrolet and say, ‘Look, we’ve got to make some adjustments. This isn’t working.’ I think from Chevrolet to the teams working together, the collaboration from that standpoint was fantastic to get this car brought to fruition as quickly as they did.”

On paper and what we’ve seen from the wind tunnel, it’s definitely an upgrade from what we’ve had

“At times there were a few Chevrolet drivers and cars that made (the previous model) work. I think we’ve opened up the window and maybe made the sweet spot a little bigger, a little wider for teams to hit,” he said.

“I know internally we’re very excited about the changes to the Camaro for this year body-wise, and we have a new engine that is going to be coming on line. Both are better.” 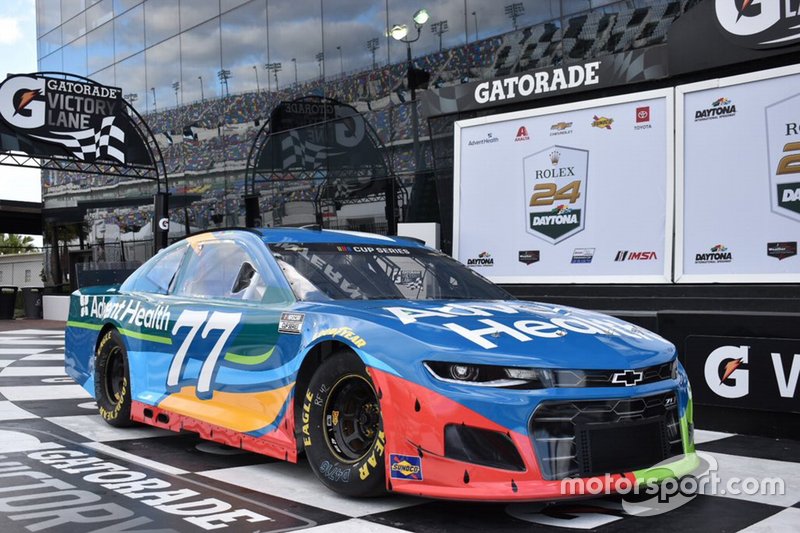 Is Chevrolet introducing a new engine this season as well? Not exactly.

Chevrolet is, however, planning to unveil an update to its engine cylinder block and head, which is not an uncommon practice but typically one completed in the offseason.

“One reason for updating the block or head would be to enhance the durability as NASCAR continues to increase the number of short and long blocks that must run multiple races. A few of the other reasons would be to accommodate a change in the manufacturing process or to make the part easier to work with at the engine builders shop.

“Since the R07 engine was introduced for the 2007 NASCAR Cup season, there have been a few such revisions to the cylinder block and head, including ones that will begin to be raced in the 2020 season.”

While the Hendrick teams wait for the Chevy engine parts upgrade, they remain focused on working with the new body style.

“We feel we’ve made some fundamental gains with the race car. Right now, it’s just numbers. The wind tunnel and the sim tools and all of that – that’s all just code, just maps – nothing really matters until rubber hits asphalt,” Knaus said.

“We’ve got to get out there, see what the car is capable of. There’s going to be a huge learning curve to understand what that car likes and doesn’t like but I do feel there is going to be a fundamental improvement with the race car, which is good.”

Cliff Daniels, Johnson’s crew chief, said ultimately the biggest indicator of how far they have come will be performance in the Daytona 500 and the following week at Las Vegas.

“On paper and what we’ve seen from the wind tunnel, it’s definitely an upgrade from what we’ve had,” he said. “Our responsibility is to adapt quickly. The balance is different, there are a few other nuances that are different that we are going to have to adapt our mechanical set-up to make sure it’s a good-driving car in all conditions.”

While it may seem unusual for a manufacturer to introduce a new car model one year before the entire series is moving to a next-generation car in 2021, Daniels says the change was necessary.

“While from a tooling, fabrication standpoint, there is a bit more work on our end to get rid of the bodies we had last year and upgrade to this new one,” he said. “But knowing the potential for performance that it has, it’s pretty exciting and well worth the effort.”