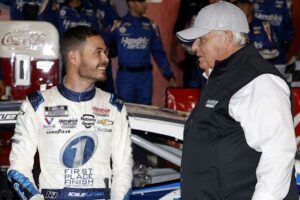 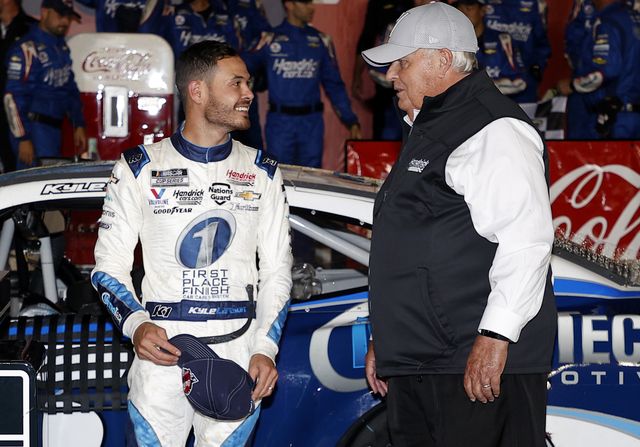 Finally, after 37 years of working at it, Hendrick Motorsport is No. 1 in yet another American motorsports category.

With Kyle Larson’s utterly dominating victory in Sunday’s annual daylight-into-darkness Coca-Cola 600 at Charlotte Motor Speedway, the Chevy-based company, located about a mile away, has more Cup Series victories than any other in NASCAR history. That’s dating back 73 years, to the sanctioning body’s inaugural season of 1949.

Until Sunday, the legendary Petty Enterprises held the all-time record of 268 victories. But for Hendrick, getting to 269 was disarmingly easy. Larson started on pole and led seven times for 327 of the 400 laps. He “won” all three 100-lap stages and was passed on the track only once, and that was by his teammate William Byron on lap 231. And that was only until the next round of pit stops when Larson beat him off pit road and took off. His eighth career victory – two of them this year for owner Rick Hendrick – was a ridiculous 10.051 seconds ahead of teammate Chase Elliott.

“I know it’s going to be special to Mr. Hendrick (to get the record), because every time I talk to him, he brings it up,” Larson said in the days before the race. “Now that we’re really close to it, we can all taste it. One more win and he breaks it, and I hope I’m the guy that can do it. I’m happy I’m one of the drivers that contributed to his record. He’s had a long career of success and a lot of great drivers, and it’s just an amazing accomplishment.”

Afterward, Larson made it sound like he’d been in a dogfight.

“It was not easy,” he said with a straight face. “I felt I had to fight off William and Chase. There was a lot of work out there in that last run. We had a good car in that last run. This is awesome, and it feels great to be the guy to help Mr. Hendrick break that record. We haven’t seen this many fans in forever, so thanks for coming out. And thanks to my team tonight; they were great. We had awesome stops, especially on the green flag stops. That really allowed us to get the win tonight.”

With his race shops and the corporate home of his business empire less than a mile distant, every trip to CMS is a big deal for Hendrick. It’s even bigger on Memorial Day weekend, when they race for 600 miles at the track just around the corner and down the street.

Sunday’s 600 is one Hendrick may never forget. There were only a few moments when one of his cars wasn’t leading and in complete control. More often than not, at least a couple of his Chevy Camaros were top-5. And it wasn’t rare to see three or all four from HMS in the top-5.

Regardless of what they say, Larson and crew chief Cliff Daniels made it look easy. They “won” all three of the 100-lap stages with hardly a serious challenger. Larson had lapped half the 38-car field by the end of Stage 1 and eventually lapped all but the top 14 finishers.

Perhaps surprisingly, the year’s 15th and longest race was uncommonly clean. Other than the two stage-ending cautions, Kurt Busch’s blown engine in Stage 1 and Ryan Newman’s solo wall-banger in Turn 2 (which came near the end of Stage 3 and actually ended the stage under caution) were the only incidents.

NASCAR Chairman and CEO Jim France immediately weighed in on the record-breaking victory: “I’m proud to congratulate Rick Hendrick and all of Hendrick Motorsports on breaking the all-time wins record for a NASCAR Cup Series race team, long held by the legendary Petty Enterprises team. With nearly 40 years of excellence, Hendrick Motorsports has set the gold standard for race team success.

“Rick has already cemented his legacy as a NASCAR Hall of Famer, and now adds another incredible accomplishment to an exemplary NASCAR career.”