Rick Houston Runs to Preserve NASCAR History, One Page at a Time In the era of video teleconferences, the NASCAR Scene vault is easy to show off.

All 1,492 issues of the NASCAR publication of record for nearly 35 years stand collected behind its longtime Busch Grand National Series editor Rick Houston every time he logs on to record an episode of the Scene Vault podcast or conduct interviews like the one taking place right now.

They serve as pillars holding up the deeds of those who made NASCAR history and for those who recorded it.

Upon its founding in 1976, Grand National Scene became the de facto source for NASCAR news, rumors, results and analysis.

The 1979 Daytona 500 had yet to launch NASCAR into the mainstream and it was difficult back then for a fan living outside of the Piedmont to find information about what transpired on a weekly basis. Scene served the print generation in the same way Jayski.com would later cater to those on the World Wide Web.

That evolution of the media industry is also what led to Scene’s closure.

First the immediacy of the internet, and then social media, lessened the need for Scene beyond nostalgia and memorabilia purposes. It was shut down by American City Business Journals in 2010, folded into its glossy sister magazine (NASCAR Illustrated) before that also closed six years later.

The World Wide Web was both a blessing and a curse for consumers.

Meanwhile, Scene holds a special place in the hearts of its readers. It’s equally beloved by its former staffers, too.

Ed. Note: My short track racing website, Short Track Scene, is named as a tribute to the publication

Houston’s Scene Vault co-host and cohort Steve Waid was with the publication throughout its entire run and even served as publisher for a period of time. The weekly newspaper employed current media icons Bob Pockrass, Jeff Gluck, Mike Hembree and Deb Williams. 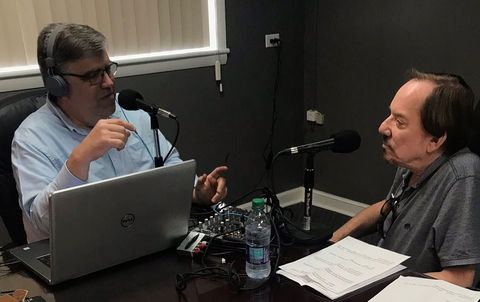 It was a rotating all-star team of stock car writers — thus its continued popularity today — and Houston is working feverishly to digitally preserve that history forever.

“So, I actually own every issue of Scene ever printed,” Houston said. “I cannot stress enough what a wonderful archive, what a wonderful research total this is. You know, it’s one thing to do research for an academic purpose or a journalistic purpose, but for those of us who worked there, it is almost like a diary of what we were doing at that time.”

It can’t be understated how time-consuming and expensive this endeavor has become. Worse yet, time is of the essence because Houston is one natural disaster away at his Yadkinville, North Carolina home from this history being lost forever.

This is the best and most complete record of what took place in NASCAR from the spring of 1977 through 2009. It is history that CANNOT be lost, and I need help getting it digitized and preserved for future generations. That’s MY vision for the past … present AND future! pic.twitter.com/w7BuPbS1bc

“The fact of the matter is that what you see behind me is two bookshelves and they contain every page, every word that was ever written in Scene. The negative is that one good disaster could wipe all of it out and that history will be lost.”

The library at Appalachian State has most but not every issue, but they are sitting on a public shelf and are at risk of deterioration.

Houston eventually hopes to make every issue available online via a digital database, but that can’t happen until he and Waid reach an agreement with American City Business Journals — which still holds the publishing rights to all things Scene.

In the meantime, the issues still need to get scanned and digitized. Enter Marcus Lemonis, the entrepreneur and passionate NASCAR sponsor via his Camping World and Gander RV brands, who is likely to take the Vault project to the next level.

Houston has been working on a fitness regimen over the past year and had hoped to reach 5,000 lifetime miles by the end of 2020. To expedite his enthusiasm, Houston proposed to the businessman and philanthropist on Twitter an agreement where Lemonis would digitize the remaining issues of Scene if Houston reached his goal.

That mile marker was exceeded in September and Lemonis says he intends to follow through. 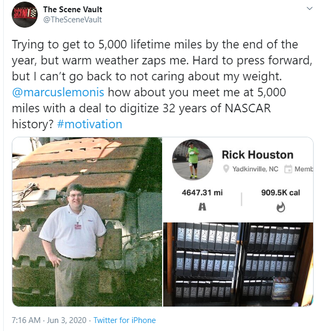 This is what determination looks like @NASCAR I’ll expect your help on this. One mans love of @NASCAR is immeasurable https://t.co/D2IlZatkya

“I honestly believe that he is going to follow through on that,” Houston said. “Whether or not he’s able to help us or is willing to help with anything beyond that, I don’t know. We’ve had talks about it.

“I know that (veteran NASCAR executive) Mike Helton is on board with what we’re trying to do. He’s a big fan of what we’re trying to accomplish. We sent him some links to what we’ve scanned so far, and he spent four hours one day after a race going through them, and he had so many nice things to say. 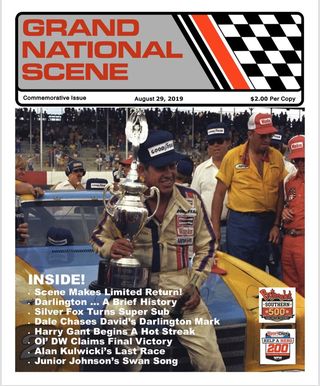 What comes next is still very much to be determined.

“I wish I had a definitive answer,” Houston said. “I wish I had a link that I could share with everyone to subscribe and dig into all these newspapers and better understand what this means to people.

“This is as close as we’ve been, but it still feels like it’s still one of those things where I won’t allow myself to believe it until I can click on that link and go there.”

END_OF_DOCUMENT_TOKEN_TO_BE_REPLACED

END_OF_DOCUMENT_TOKEN_TO_BE_REPLACED
We and our partners use cookies on this site to improve our service, perform analytics, personalize advertising, measure advertising performance, and remember website preferences.Ok