Steve Letarte relishes his role as a NASCAR analyst for NBC Sports but he has also found a way to remain “relevant” on the competition side.

Letarte, a former crew chief for Cup Series stars Jeff Gordon and Dale Earnhardt Jr., is now serving as a consultant for Spire Motorsports, an up-and-coming Cup Series organization that will field at least two fulltime rides in the 2021 season.

Letarte has served as a consultant on some projects for the group in the past but has taken on a more formal role with the organization in recent weeks. He will remain a member of the NASCAR on NBC broadcast team next season as well.

“Ever since I left the pit box, I’ve had a relationship with Spire. (Team co-owner) Jeff Dickerson was a spotter for me way back when I was Gordon’s crew chief so I’ve known those guys a long time,” Letarte told Motorsport.com on Wednesday.

“I’ve been a consultant on a lot of their projects over the years and I look at this as an extension of that. They’re going from a small one-car operation to a two-car operation and they’re going to compete and they have a lot of good things going.

“As part of my consultant role, I’m trying to help them try to build a race team. I’m giving them my advice on what I think the important pieces would be to build a competitive race team.”

In August, Spire Motorsports announced its intention to purchase the assets, including charter, of Leavine Family Racing. That transaction was completed on Nov. 30.

Following the LFR acquisition, Spire relocated from its facility in Mooresville, N.C., to Concord, N.C., at the former shop of 1992 NASCAR Cup Series Champion Alan Kulwicki. The team chose the No. 7 as a nod to Kulwicki and later Geoff Bodine who purchased the team from Kulwicki’s family following his death in 1993.

Spire has already announced one of its drivers for the 2021 Cup season – Corey LaJoie, who will drive the team’s No. 7 Chevrolet. It will also field the No. 77 Chevrolet.

“I’m not employed by the race team and don’t have any official title. I have zero day-to-day responsibilities as far as running the race team or competition,” Letarte said. “I’m just a consultant or advisor.”

“Steve Letarte has a longstanding relationship with the Spire family and we’ve consulted on several projects over the years,” Dickerson said in a statement provided to Motorsport.com.

“His involvement with Spire Motorsports is a natural extension of that relationship and we consider ourselves very fortunate to consult with someone of Steve’s expertise as we work to raise the competitive level of our race team.”

Letarte said the primary reason he decided to take on the expanded role was because it has been nearly six years since he had worked in the NASCAR garage area.

“This is a great arm’s length way to stay in touch,” he said. “My fear is my relevancy in the (TV) booth. While I feel really good about race strategy and what happens on the race track, there are a lot of moving parts in NASCAR that have changed in the last six years.

“This allows me to stay connected. We have a brand new car coming in the sport in another year and this helps me stay in touch, makes me more relevant and keeps me as accurate as possible while I’m in the booth.

“I see this as a way to be more prepared and to stay prepared. The sport moves fast and this past year with COVID-19, I didn’t have one in-person conversation with one guy because I couldn’t walk through the garage area.” 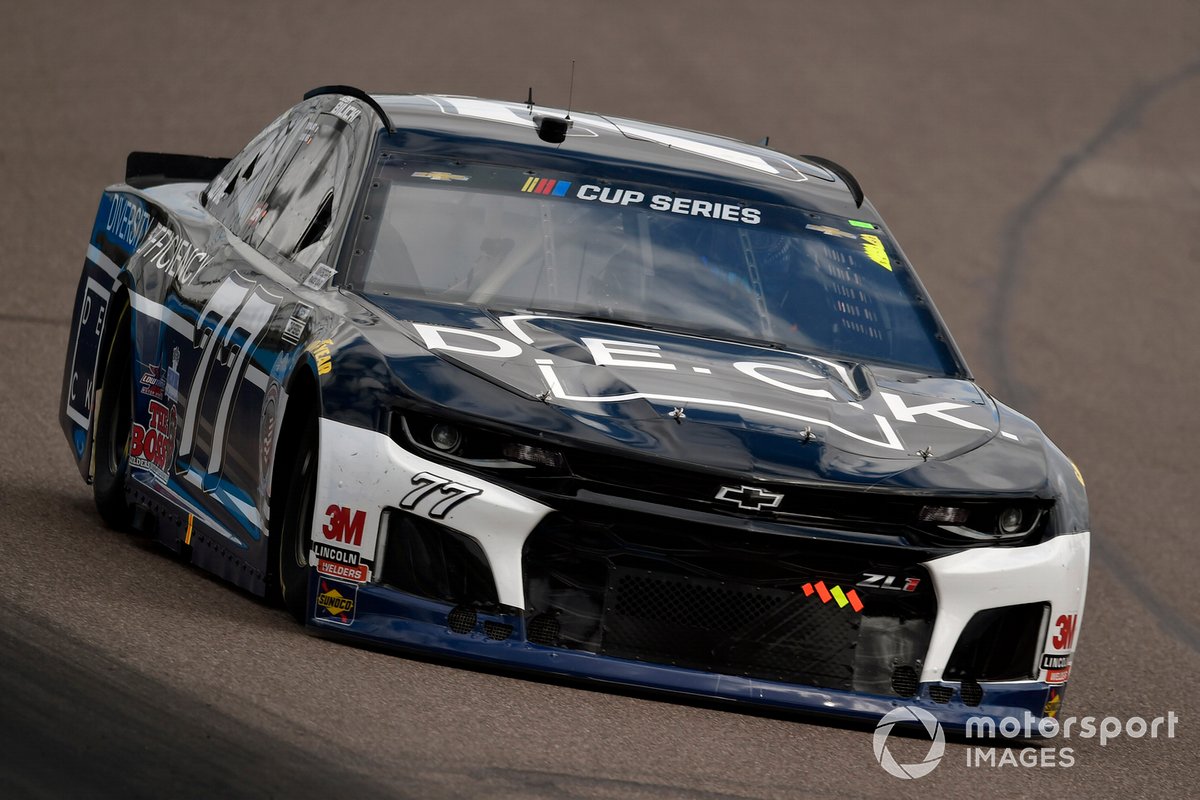 Asked how his role with Spire may change – if at all – when NBC is broadcasting its half of the NASCAR season, Letarte said: “My goal is to be available to them for advice or consulting when they have questions. What that role looks like throughout the year is probably impossible to answer.

“I know about June 1, 100-percent of my focus turns to my responsibility with NBC. I won’t do anything that pulls away from that.”