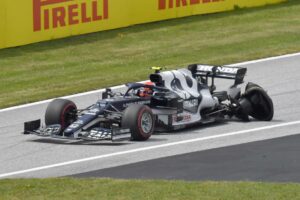 Pierre Gasly has expanded on the first-lap incident with Charles Leclerc that ended his Styrian Grand Prix, saying the Ferrari driver made a misjudgement.

The two friends and rivals had qualified sixth and seventh at the Red Bull Ring, Gasly just ahead, and made contact after Turn 1 when Leclerc’s front wing clipped the left rear tyre of the AlphaTauri.

The resulting puncture caused Gasly to slow considerably and drop into the pack on the approach to Turn 3, where he was hit by Antonio Giovinazzi’s Alfa Romeo.

The damage caused Gasly to retire from the race – only the second time he has failed to score points in eight grands prix so far this season – but the stewards deemed it a racing incident and they took no action against Leclerc, deciding an investigation was not necessary.

Having not yet watched a replay when asked for his initial reaction, the Frenchman has now given further detail about what happened – and while he did not say Leclerc should have been penalised, Gasly thought the Monegasque had made an error.

“I don’t think we touched the first time, but there was [Fernando] Alonso on the inside, I was a bit boxed in the middle and so we had to use the run-off,” Gasly told Motorsport.com.

“Then I was in the middle of the straight and I think he wanted to catch the slipstream, probably made a mistake, came behind me a bit early and touched the rear tyre. From there, basically, it was all over, everything went flying and that was it.” 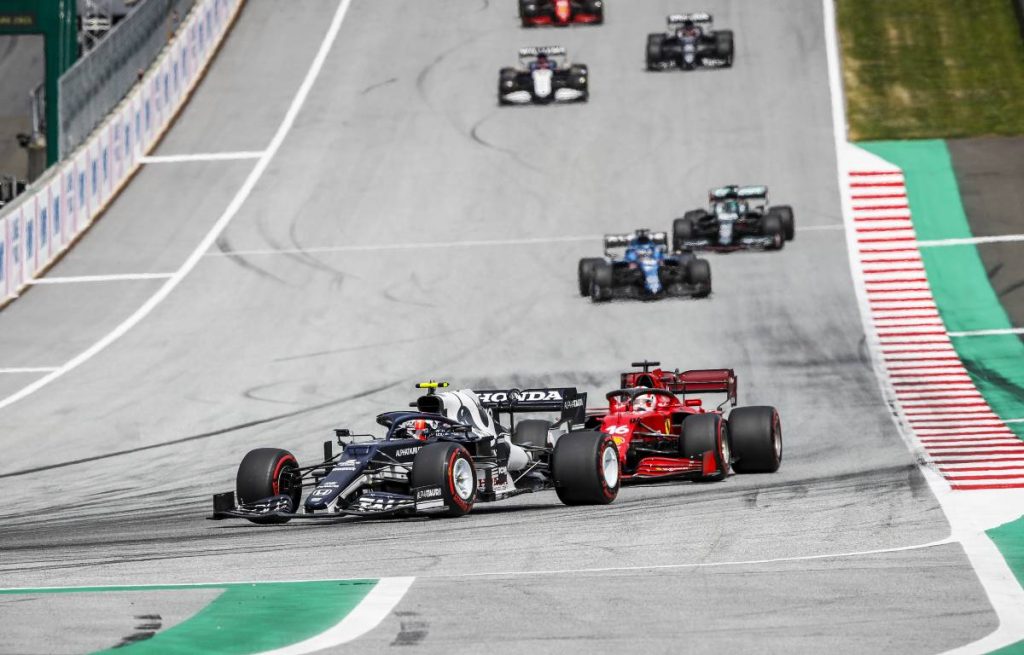 Explaining the resulting incident with Giovinazzi, which also involved Nicholas Latifi’s Williams, Gasly added: “I think I already had the left rear completely gone, so I was even struggling to go straight. And it was so slow, cars were coming from the right, the left, it was quite a tricky situation. But it all pretty much ended with Charles’ contact.”

Asked if he blamed Leclerc, Gasly said: “To be fair, honestly, it’s one of these things…it won’t bring me the points we lost. I know it wasn’t on purpose but it just sucks that this has happened.

“It’s really different than if he had jumped inside and completely rolled me over. But unfortunately, the result was not good for us and it’s a shame this happened.

“It sucks, but all we have to do is think about next week and try to learn from Yuki [Tsunoda]’s race. I think there were some positives and some negatives, so it’s business as usual.”