Tsunoda impressed in his first season of European competition last year as he placed ninth in FIA Formula 3 with the unfancied Jenzer squad, taking victory in the Monza sprint race.

For 2020, the 19-year-old steps up to F2 with Carlin, effectively replacing another Honda-backed driver, Nobuharu Matsushita, in the team.

In his fourth season at GP2/F2 level, Matsushita finished sixth in the standings, two places ahead of Carlin teammate Louis Deletraz, but Marko says he would like to see Tsunoda do even better and finish fourth or higher in his rookie campaign.

“We expect him to be in the top four in his first year,” Marko told Motorsport.com. “Then he would also have the necessary points [for a superlicence].

“He has an incredible racing ability. In Formula 3 he made manoeuvres where you think it can’t go well. And he does it race after race, and it’s fine, he overtakes.

“He’s got a certain weakness in qualifying, and they’re working on that.”

If Tsunoda succeeds in acquiring a superlicence, he would put himself in a strong position for a future F1 drive with either Red Bull and AlphaTauri, given Honda’s long-held desire to have a home-grown driver competing in F1.

It handed SUPER GT and Super Formula champion Naoki Yamamoto a practice outing in last year’s Japanese Grand Prix at Suzuka, but the 31-year-old is considered unlikely to make the transition to grand prix racing at this stage of his career.

On whether he feels Tsunoda has the potential to one day race in F1, Marko said: “If he didn’t, he wouldn’t have joined our programme. We’ll see what he does in 2020.” 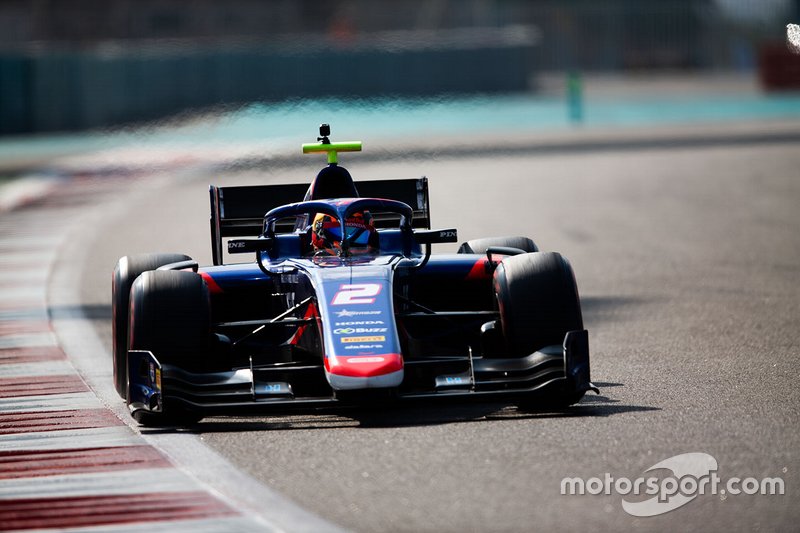 Asked if Tsunoda’s height of 158cm (5′ 2”) made him the perfect racing driver, Marko joked in response: “No, you have to change the pedals for him to be able to reach them!”

Tsunoda’s Monza win for Jenzer was the Swiss outfit’s first at F3/GP3 level since the 2017 season, while his only full-time teammate Andrea Estner failed to score points last year.

Reflecting on his campaign, Tsunoda told Motorsport.com: “I think it was not such a bad season. Winning for a team that had not had a podium since 2017 has made me confident.

“If I had learnt how to warm up the tyres properly sooner, I think my championship placing would have looked different. But that’s a positive point to reflect on.

“To be in the top five or the top eight with a top team shouldn’t be a surprise, it’s not that great. But getting to the podium with not such a good team, that breeds confidence.”

Tsunoda also kicked off his campaign in the Toyota Racing Series, where he is pitched against fellow Red Bull-backed driver Liam Lawson, with victory in the second of last weekend’s three races at Hampton Downs. 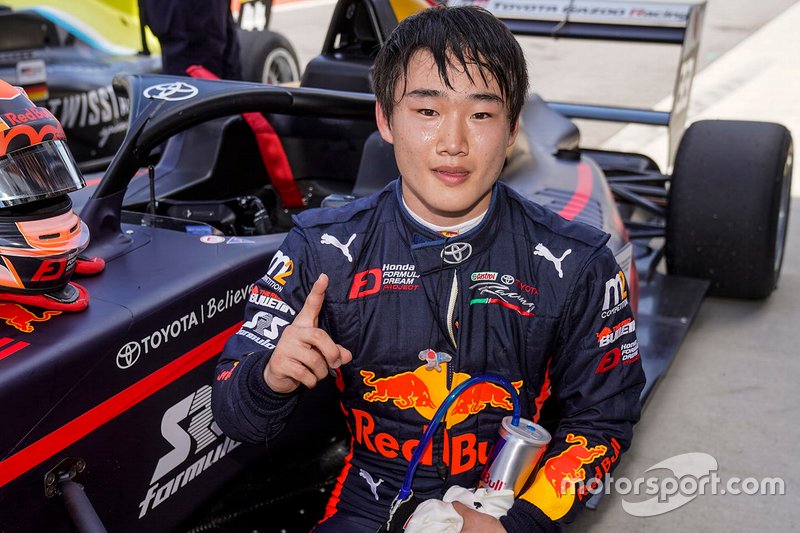