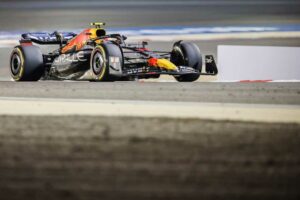 After Max Verstappen’s controversial championship win in 2021, the Red Bull Formula 1 team looked confident in the days leading up to the Bahrain Grand Prix. Yet, after running near the front of the pack for the entire race, Verstappen and Sergio Perez were forced to retire with technical issues in the closing laps. Ultimately, Red Bull walked away from Bahrain with zero points as the team choked hard in the season’s first race. It was a shocking display of a top-tier team falling apart on a grand stage.

The weekend started relatively well for the team. Verstappen topped the timing charts in the last two days of practice with Red Bull’s new RB18 chassis, despite missing out on pole by just over a tenth of a second in qualifying. However, the 2021 champion split Charles Leclerc and Carlos Sainz in the two Ferraris to prevent an all-red front-row lockout.

Meanwhile, Red Bull rivals Lewis Hamilton and George Russell with Mercedes AMG struggled with its W13 car and were fighting to keep pace in practice and qualifying. Team Principal Toto Wolff admitted that Red Bull is in a “league of their own” and doesn’t expect his team to match the pace of frontrunners until later in the season. 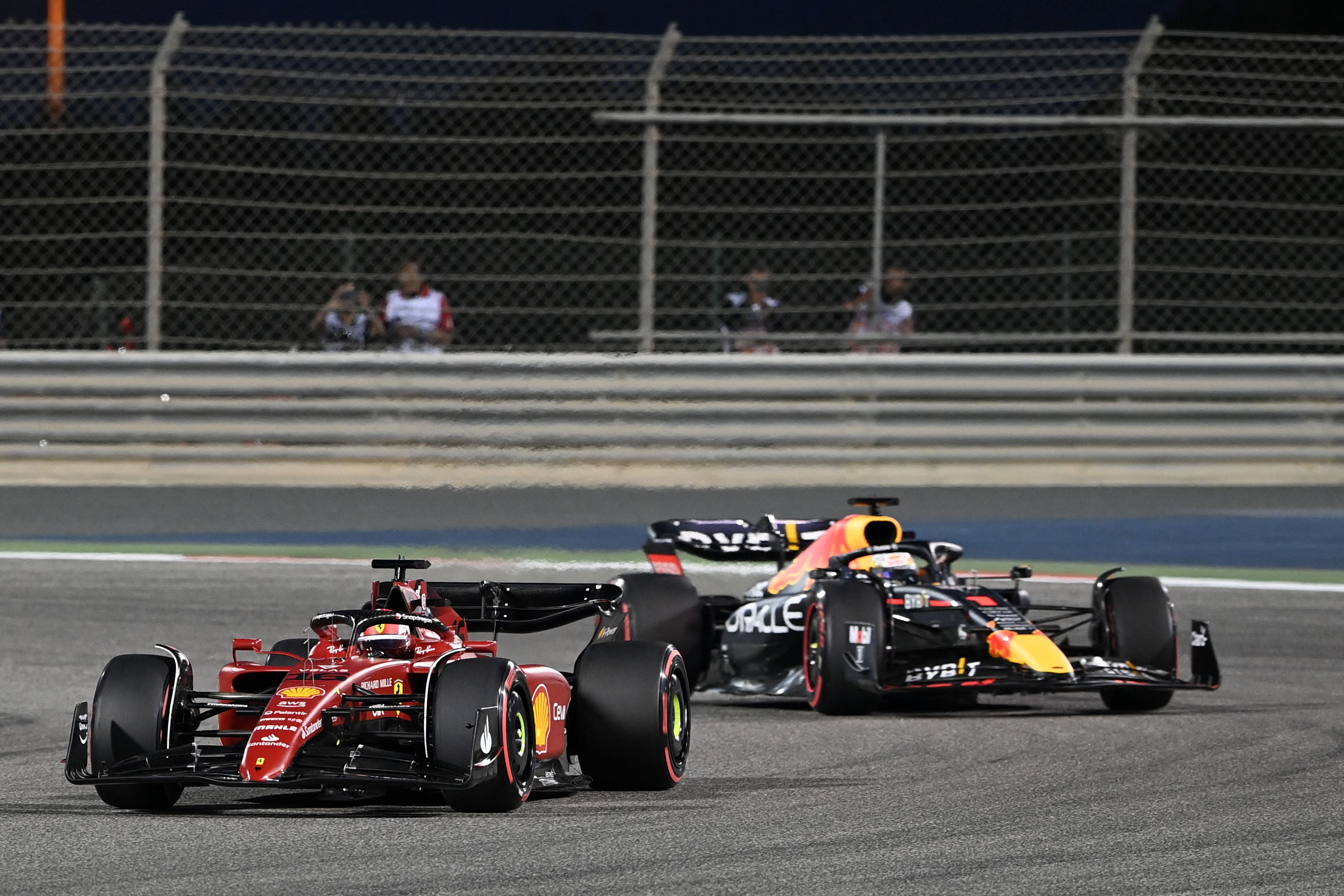 When the lights went out on Sunday, Verstappen and Perez instantly attacked Ferrari. From where I was looking, the new aerodynamic packages and engine regulations allowed for much closer racing than I’ve seen in previous seasons.

Verstappen made a brilliant pass on Leclerc for the lead on lap 17, but the Ferrari driver took it back in the next corner. Verstappen again made an aggressive pass to take the lead on the next lap but couldn’t make it stick, and Leclerc took the lead right back. The Ferrari couldn’t put a significant gap on the Red Bull.

Then, on lap 46, Red Bull’s trouble began. Verstappen radioed to the team that his steering was getting heavy. His race engineer asked if the steering was heavy in both directions, to which Verstappen replied, “Everywhere, everywhere!”

Verstappen managed to hold onto second place, but shortly after a restart on lap 50, he was tortured by more technical gremlins. Over the radio, he complained that his battery was failing, but the engineers reported that it was “fine.”

“No, it’s not!” Verstappen said. “What the fuck is this?!” At that moment, the Ferrari driver Sainz made his move past Verstappen into P2. The team reassured Verstappen once again that the battery was not the problem and admitted that they couldn’t find the issue.

“What do you want me to do?” Verstappen asked.

“There’s not a lot we can do,” responded the engineer. 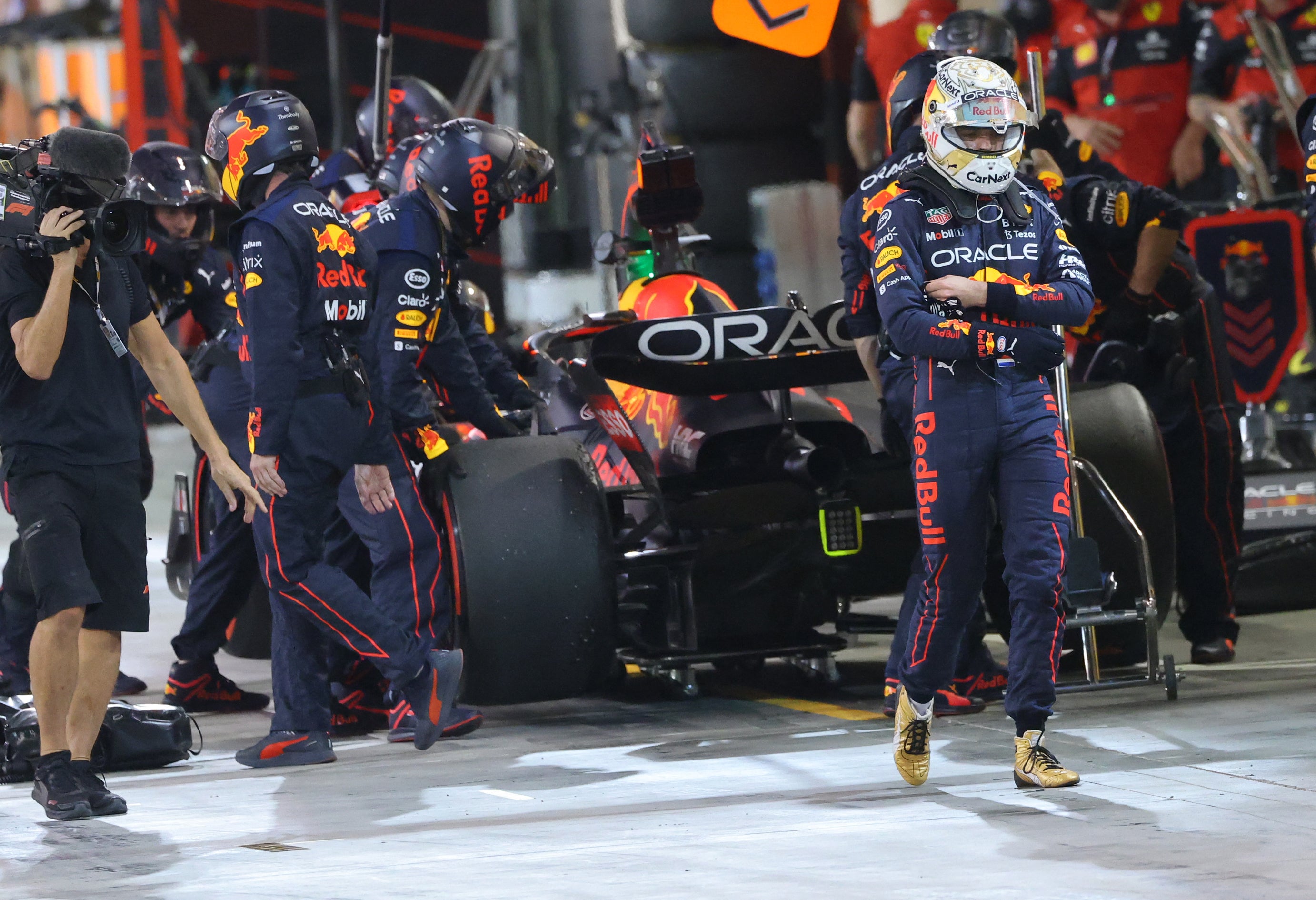 Eventually, Verstappen was called to pit lane, and his day was done. Then, Perez’s engine seized up on the last lap, causing him to spin and dashed all hopes of Red Bull making it out of Bahrain with a podium finish. “I lost the fucking engine,” said Perez in a fit of frustration.

Verstappen told a reporter that fuel pump issues were the source of his car’s problems in a post-race interview. It is possible the team wasn’t able to figure that out until after they brought the car back to the garage.

I’m speculating here, but I think Verstappen probably mistook the fuel being cut to the engine for the battery not responding when he was trying to boost. I can’t confirm that, though.

To go from winning the driver’s championship last year to suffering a double DNF in the first race of the season must have been particularly brutal for Red Bull. Though, I think one of the sharpest stings was the epic shade tweet from Mercedes-AMG that went up just after the end of the race. 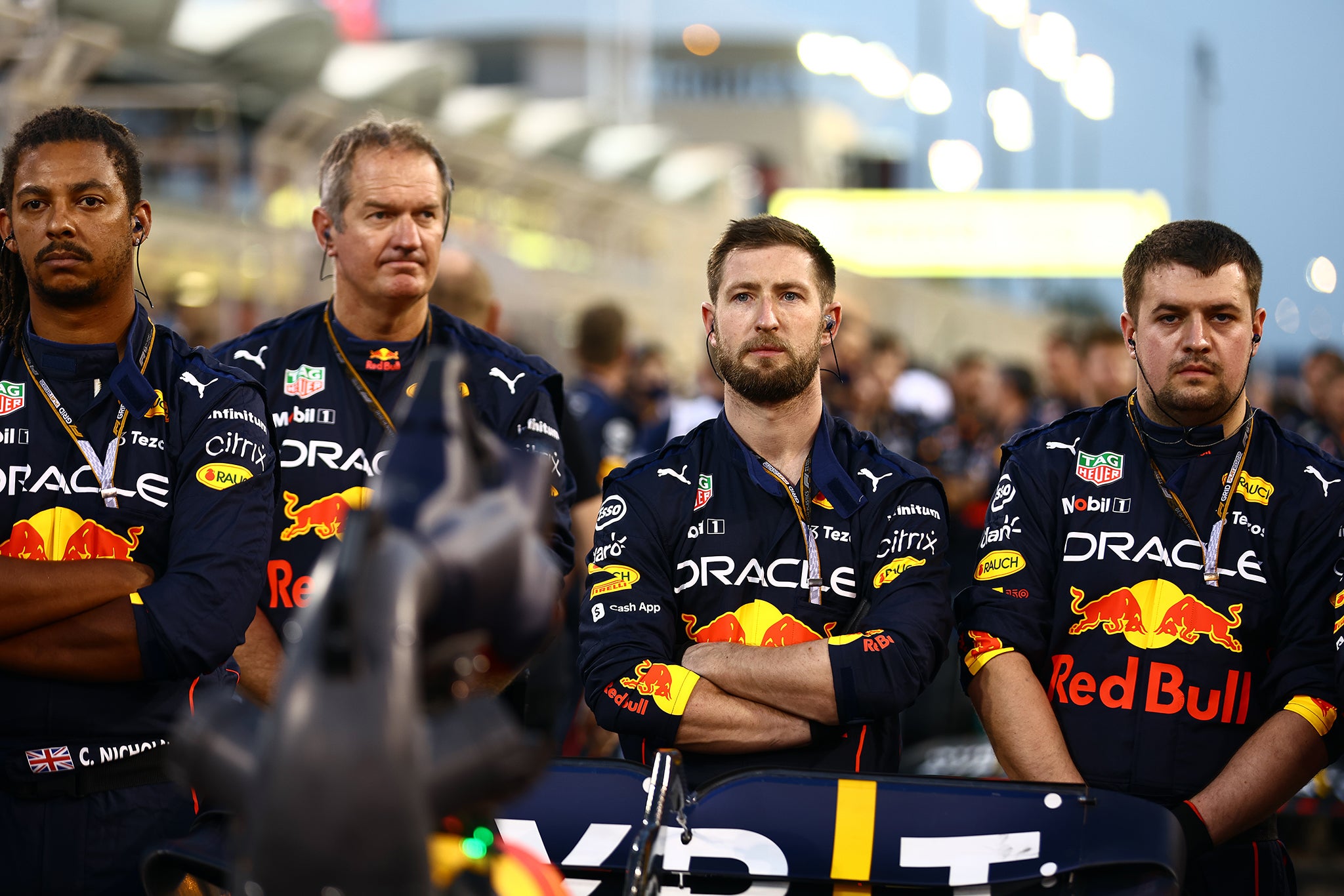 Red Bull Racing Team Principal Christian Horner will need to take a hard look at the state of the team to figure out why they choked so severely. And he’ll need to do it soon, as the next race in Saudi Arabia is just seven days away.