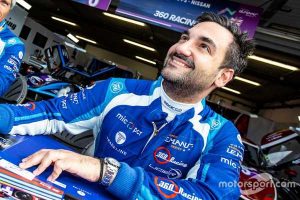 Era Motorsport, which won the LMP2 class at last week’s Rolex 24 Hours at Daytona, will be joined by Andreas Laskaratos for its debut in the Asian Le Mans Series next week.

The 2021 Asian Le Mans Series has been condensed into eight days, with all four rounds being held at Dubai’s Yas Marina Circuit due to COVID-19 travel restrictions.

Era will be making its Asian LMS race with team owner Kyle Tilley and regular co-driver Dwight Merriman set to be joined by Andreas Laskaratos. Era Motorsport will be one of 12 teams making their Asian Le Mans Series debut, and one of seven LMP2 entries.

“I truly cannot hide my excitement to be joining Era Motorsport for the Asian Le Mans series, especially after their Rolex 24 at Daytona win,” said Laskaratos. “I have followed them since inception, and I believe the team has really grown and I hope I can contribute to a competitive season.

“I would like to thank Kyle for this opportunity and his trust in me. Now it’s time to push!”

Originally supposed to race in the first weekend of February, the first two events of the year were postponed to February 13th and 14th, allowing teams to complete the mandatory ten-day quarantine for Dubai.

“Whilst we are still on a high from Daytona, we are super excited to be heading to Dubai to kick off the Asian Le Mans Series,” said Tilley. “Dwight and I will be competing in the newly formed LMP2 Am class, which gives teams with a bronze driver a chance at winning.

“Joining us for the four-round series will be Andreas Laskaratos. He has come very highly recommended by one of our engineers, Nico Brisseau. I think I speak for all of us when I say that we can’t wait to get on track and keep the momentum from the Rolex 24 going.”

Added Merriman: “It will be exciting to again race internationally, and in the top class. I feel confident in our lineup, and the momentum we are bringing with us from Daytona.

“This is an incredible team, and I’m looking forward to joining a new series. The schedule will be tight, but we’re up for the challenge.”