Formula 1 managing director Ross Brawn doesn’t believe Racing Point have made the most of their RP20 this season.

The Silverstone outfit caused quite a stir pre-season when they arrived with a challenger which looked extremely similar to the double-title winning Mercedes W10 of 2019.

The FIA have since moved to stop teams reverse engineering rival cars from photographs in the future, while Racing Point were also fined 400,000 euros and docked 15 points in the Constructors’ Championship after the rear brake ducts on their cars were found to be too similar to those on the 2019 Mercedes.

With two rounds to go Racing Point find themselves P4 in the Constructors’ Championship, though they were very unfortunate to see Sergio Perez retire from P3 late in the Bahrain Grand Prix due to an MGU-K failure.

But overall, Brawn thinks Racing Point have not lived up to the potential of their RP20.

“Racing Point are going to be feeling they have underperformed this year, after suffering heartbreak in Bahrain, first with Lance retiring after a collision and then Sergio losing the podium in the final laps,” he wrote in his column for the Formula 1 website.

“They have had a very good car, a bit of a controversial car as we know from the fuss at the beginning of the year. It’s the second or third fastest car of the field and they haven’t been able to take the maximum from it.

“They may well still fight back to finish third, but if they don’t, I think they will kick themselves. Sometimes fate takes over but sometimes other factors have come in which have let them down.

“Having said all of that, whatever happens, they have got to look back and see that they have consolidated their position. They are in that group with the three best teams in F1, which is a big improvement.” 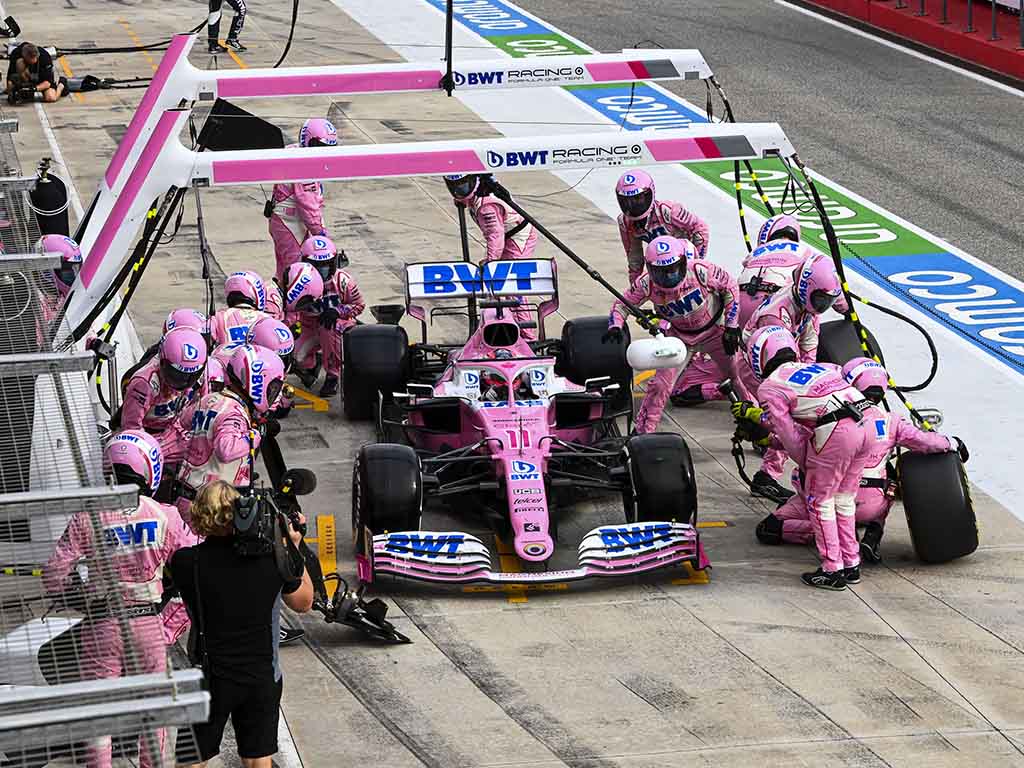 On the flip side Brawn believes McLaren, who rose to P3 in the standings thanks to a P4 and P5 finish in Bahrain, are overperforming in 2020.

“Where Racing Point are underperforming, McLaren are overperforming. I get the feeling that team is a well-oiled machine now. Everyone is of the same mindset, everyone is in sync. Andreas has done a great job in pulling the team together,” Brawn continued.

“It’s going to be fascinating to see how they get on when they switch to Mercedes power next year. It’s a team in harmony and I think with Daniel coming next year to replace Carlos, I don’t think they will lose anything.

“Carlos has been doing a great job, and there is no reason why that won’t continue. The technical side has progressed as has the operational side and I believe McLaren will be a very strong proposition next year.”

END_OF_DOCUMENT_TOKEN_TO_BE_REPLACED

END_OF_DOCUMENT_TOKEN_TO_BE_REPLACED
We and our partners use cookies on this site to improve our service, perform analytics, personalize advertising, measure advertising performance, and remember website preferences.Ok