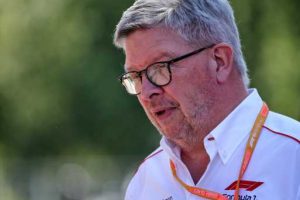 Ross Brawn has signed a new contract to remain in charge of Formula 1’s sporting division under the ownership of Liberty Media.

The former team principal of the likes of Mercedes, Ferrari and Honda was appointed managing director of motorsport when Liberty Media purchased Formula 1 from Bernie Ecclestone back in January 2017.

Brawn has remained in that role ever since and is now going to continue for the foreseeable future as Formula 1 prepares to introduce brand new regulations in 2022.

“I’m very excited about the challenges we face at the moment,” Brawn told RaceFans.

“It would have been frustrating not to see the new cars running. I think also the challenge of Covid, all those things keep me motivated and wanting to carry on.

“I’ll have to stop at some point in the future, we all do, but I’m not planning it at the moment.

“I think with Chase [Carey] stepping back, it was useful or important to have some continuity and I’m glad to carry on. So, exciting times.

“Stefano [Domenicali] has joined, I’m probably the person he knows best in our organisation.

“So I’ve been a reference for him on any number of things. But as he gets to know all the people in our team, then he will undoubtedly work more closely with them.”

The deal for Brawn to continue in his current role was agreed earlier in January.