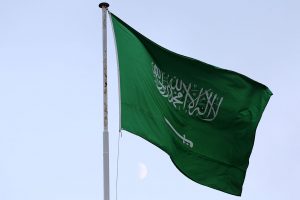 Saudi Arabia will host a race on the Formula 1 calendar for at least the next 10 years if not longer, an F1 official has stated.

The inaugural Saudi Arabian Grand Prix is set to take place in December 2021, the penultimate race weekend of the season, on a street track in Jeddah.

That is to be just a temporary venue though, with a purpose-built circuit to arrive at some point in the future – the target for that being 2024.

Formula 1 are looking forward to the possibilities in Saudi moving forward, referencing the Vision 2030 initiative – an economic and social reform using sport – as a key factor in their choice to commit to the Asian country.

As quoted by The Race, the sport’s global director of race promotion, Chloe Targett-Adams, said: “It’s definitely a decade, if not longer. It’s important when you go into such a key new market like Saudi to really be able to invest.

“Saudi, given the 2030 vision, what they are looking to achieve, their objectives, that longer-term investment made sense for how they want to build Formula 1 and motorsport interest within the country.

“You look at some of the initiatives the country is doing currently and obviously it’s an educational process on both sides.

“But it’s a fascinating country, and the culture and how we relate to that is an area we are looking forward to really working together with the promoter on.”

The arrival of the Saudi race on the calendar was a contentious one, given the country’s history with human rights, and organisations such as Amnesty International have urged those involved in the sport to consider speaking out against the ongoing action in the country and to ensure the race weekend is not used to ‘sportswash’.

But Targett-Adams has assured that the sport’s officials will make certain their own human rights expectations are met.

“I think it’s really important to ask the question,” she said. “From Formula 1’s perspective, we choose to engage with partners and we have a framework contractually to set out our expectations on human rights and how we expect to work and our staff expect to work and be treated.

“And we have good engagement with our race promoters and their government stakeholders on those requirements.

“So it’s something we actively lean into and learn and educate ourselves about that culture and custom and work with our promoters as it relates to our Formula 1 event.”