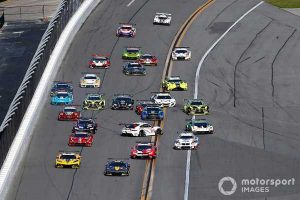 BMW’s Bruno Spengler has refuted the blame for the bizarre GT Le Mans crash before the startline of the 2021 Rolex 24 at Daytona that forced the majority of the GT field to make a panicked avoidance.

Spengler’s BMW Team RLL M8 GTE slammed into the rear of Kevin Estre’s WeatherTech Racing Proton Comptition-run Porsche 911 RSR-19 as the field approached the starting stand as the green flag waved, causing Estre to spin into the Risi Competitzione Ferrari that started alongside him and then slide across the track, causing chaos behind him.

IMSA penalized Spengler for causing the crash, which led to a drive-through penalty, while the Porsche required lengthy repairs to both the front and rear end. Estre caused the race’s first yellow, when the rear diffuser of his car fell off at Turn 6.

“It was very difficult to understand what happened because it was green, everybody was going on the throttle flat-out, and the car in front of me didn’t go really,” Spengler told NBCSN. “I don’t know if he had an issue or what. I tried to avoid him, but as I tried I clipped the rear of his car slightly and it was enough to spin him around.

“I don’t know if he had an issue, why his car didn’t go at the green, he even tapped the brakes slightly, so he was off-sequence because everybody else was going except him, that’s why I hit him.

“I didn’t really understand why he’d be on the brakes as the green was coming, I tried to avoid, but it was impossible, there was nothing I could do to avoid a collision when all the other cars are going. Just one car didn’t go. It was a weird incident, and I feel the penalty was very harsh – because there was nothing I could have done to avoid it – but we’re back on the lead lap, so it could have been worse, let’s say.” 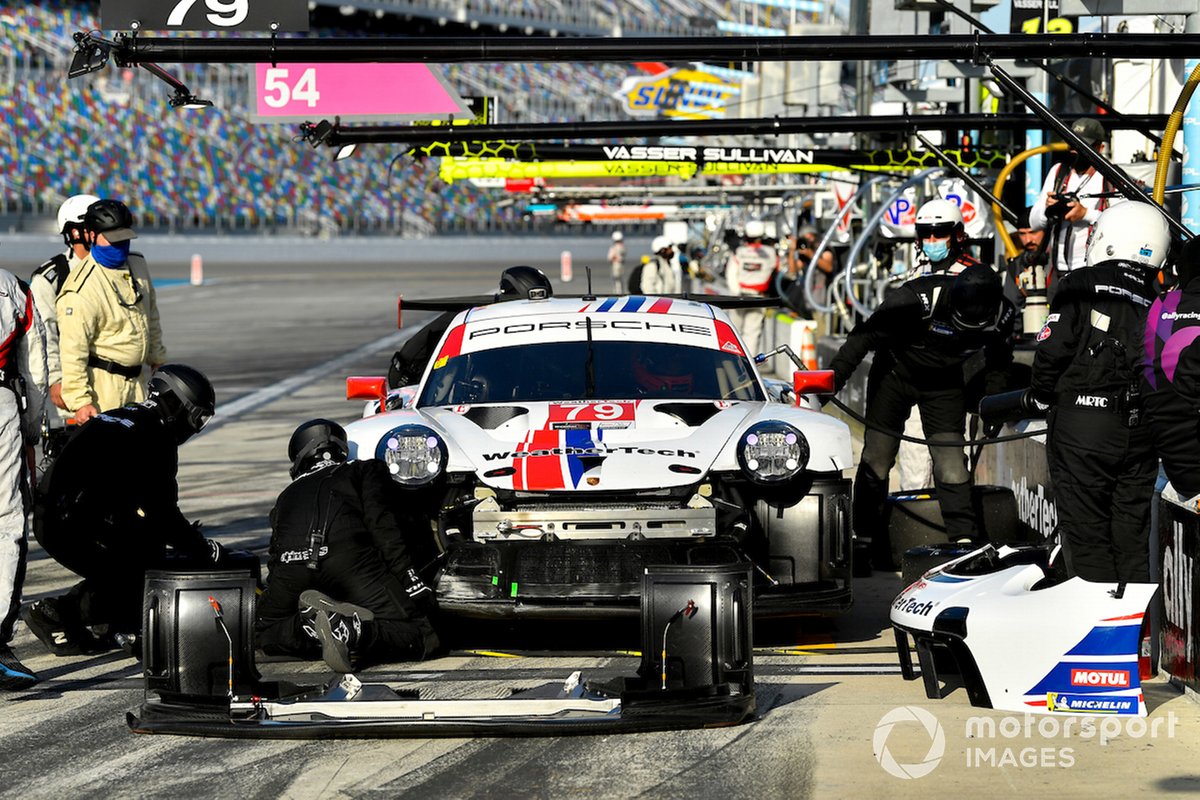 Estre – whose car lost multiple laps for repairs – had a different opinion of events, and disputed Spengler’s version of what happened.

He tweeted: “Can’t believe it! We’ve lost the race before it even started… I was waiting for the pole sitter to go on power there and the BMW just went full throttle without looking ahead! Unbelievable.”