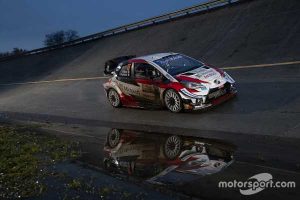 A drastically-shortened 2020 season gave the World Rally Championship protagonists precious little stage mileage to strut their stuff, but as ever the cream rose to the top across the seven events. We rank the year’s best performers

Even before the pandemic, the 2020 World Rally Championship had a very different look and feel compared with 2019, not least because the defending champion’s first name was not Sebastien. The last time that such a thing happened was way back in 2003.