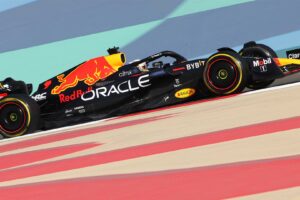 Formula 1 testing is all very well but it’s when you get to the actual race weekends that the truth comes out. There’s not much chance for teams to muck about over the two-hour-long practice sessions on a Friday and coming up with a radical car redesign isn’t feasible by this point, so it’s time to start getting answers to questions like: Is the Mercedes really that slow? What’s wrong with the car? And is it Ferrari and Red Bull who are sandbagging this year?

Mercedes Seems to Genuinely Be in Trouble

Having debuted its sidepodless car at the Bahrain test, Mercedes seems to be suffering more with the up-and-down motion that is plaguing Formula 1 cars this year. Every time George Russell or Lewis Hamilton accelerates down a straight the Merc oscillates wildly and it’s definitely not making them faster. 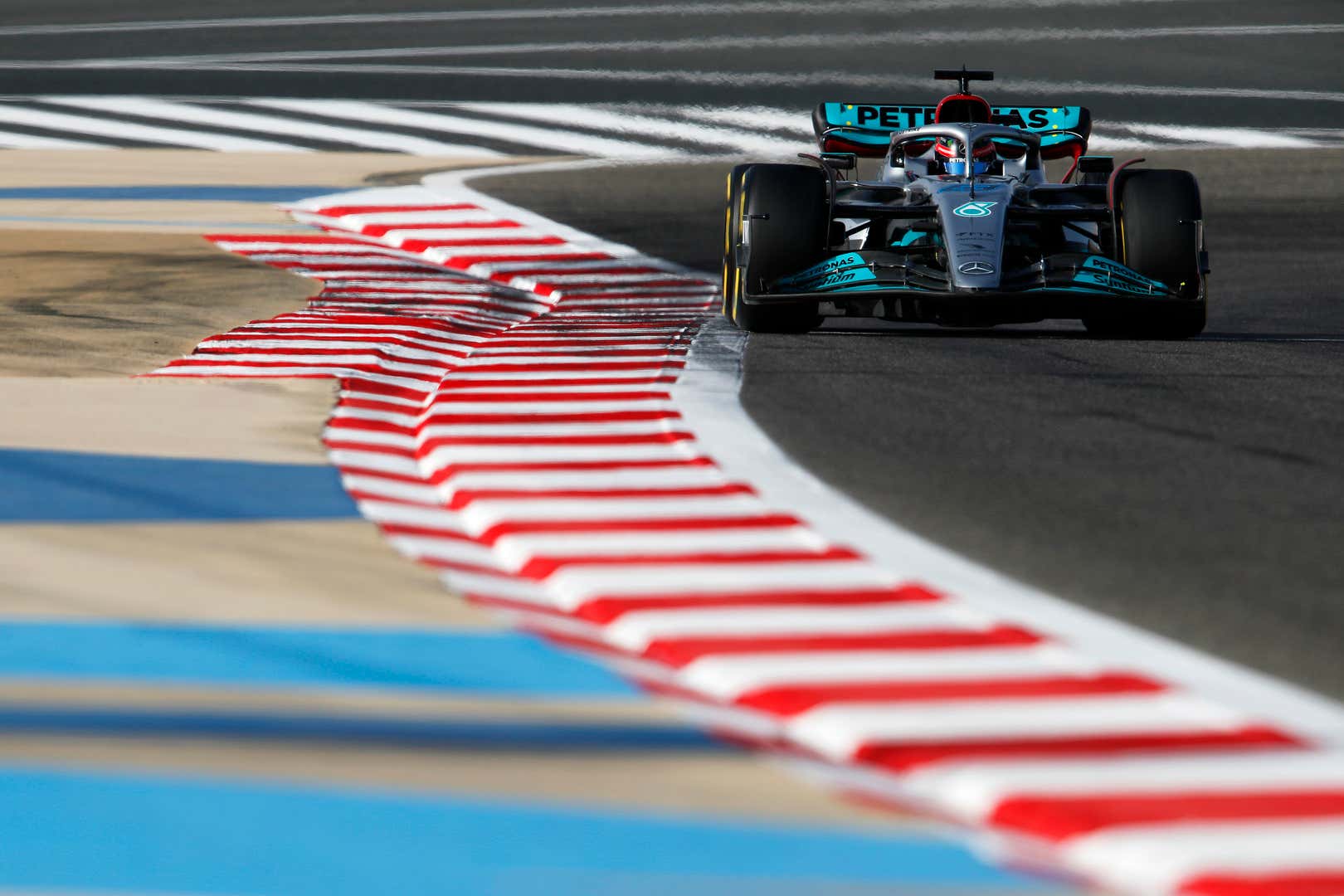 Drivers were eye-rolling as Russell and Hamilton played up the extent of their problems during testing because we’ve all been there before. Mercedes say the car is slow and then miraculously find a second-and-a-half between final practice and Q3, but either the whole team deserves an Oscar for the act or there is genuinely something going wrong with Mercedes’ approach, at least for Bahrain.

Hamilton said he wasn’t expecting it to be possible to make much of an improvement from the Bahrain test to the race, which appears to be true so far. Trackside engineering director Andrew Shovlin told Sky Sports F1 after first practice that although the team believed there were improvements, “It’s a continuation of that experimentation we were doing at the end of the test. We did make some progress and we have been playing around with ride heights in this session.“

But Shovlin added that everything they’d done so far had only been “pushing and pulling the problem a bit. We need to find some proper car performance and that’s what we’re doing now.”

Russell still managed to bang in the fourth-fastest time during second practice but Hamilton was ninth, splitting the Haas cars after a DRS failure.

F1 Cars Are Getting Heavier Again

Having said at the top there that there’s not a lot that teams can add, there actually is. The FIA has agreed to three kilogram increase to the minimum weight of 2022 cars, bringing these chonkers up to 798kg before you attach the tires. That’s the heaviest F1 cars have ever been and a 46kg increase over 2021.

There are also more safety features being added. To stop flexing on the floor of the car, teams have been permitted to add previously banned floor stays in a bid to try and increase stability.

The 2022 regulations were always going to have a few teething issues, and there was an expectation that there would be revisions, with the most recent edition being published just this week. It’s updated with a crucial clarification that it is all cars that have to unlap behind the safety car before a restart. Count on more revisions as the season goes along and everyone finds out what clever ways teams have found to interpret them.

Evenings Are Different From Afternoons

Okay, this might not sound like an insight worthy of the technologically overengineered pinnacle of motorsport. But this is, I promise you, a thing.

F1 races into the dark in Bahrain and the qualifying sessions are held as the sun sets. But first and third practices are in broad, hot daylight, so the difference between the sessions, in environmental terms, is pretty massive.

Pierre Gasly topped the times in first practice and AlphaTauri looked strong. But in the evening, which is the more representative session for race and qualifying conditions, he was only 13th fastest and both he and Yuki Tsunoda described the difference between the car as, both metaphorically and literally, “like night and day.”

Coincidentally, that was when Ferrari and Red Bull really seemed to show up. Ferrari has been generally strong all the way through the six days of testing prior to the first race of 2022 but Charles Leclerc and Carlos Sainz Jr. backed up Gasly in second and third fastest in the daylight session, then did the same for Max Verstappen in the evening practice.

What’s particularly unnerving is Ferrari didn’t use soft tires until the later session; the ponies, after a few years of struggle, are really prancing. 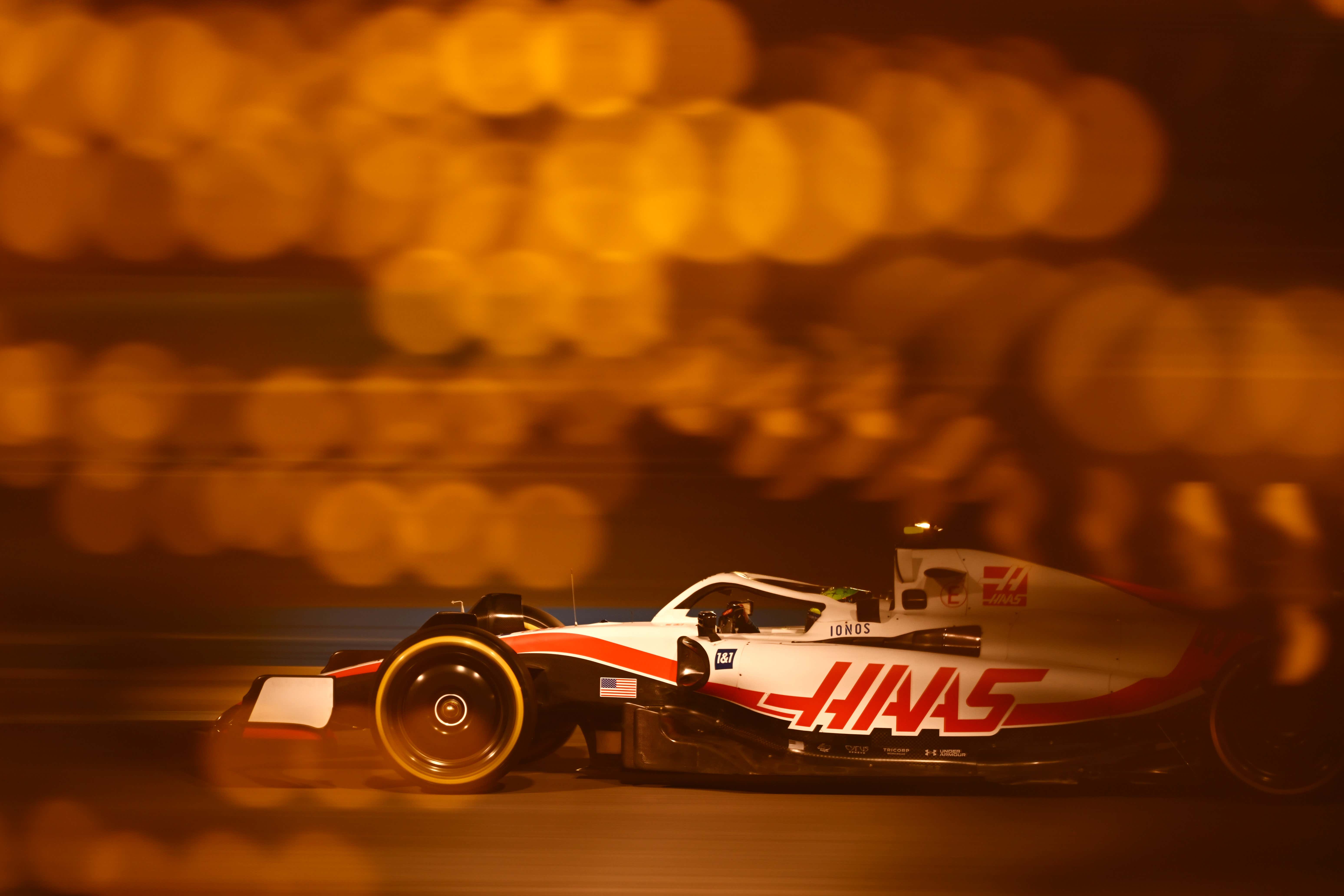 Comeback of the Year (Already)

It’s just possible that beleaguered backmarkers Haas Formula 1 Team have managed to stage the comeback of the year. A test incredibly dogged by losing not only its biggest sponsor but one of its drivers and having to draft in Kevin Magnussen as late doors replacement for sanctioned Nikita Mazepin, it looked like Haas was somehow managing to have an even worse year than 2021.

But things are definitely looking up. Mick Schumacher and Kevin Magnussen managed to put together some genuinely fast laps and Schumacher told media on Thursday that he thought it was “obviously nice to see that we’re up there, even though it’s testing. In the end you have to be careful though, you shouldn’t read too much into it. But still, I think that if we had a car like last year’s, we never get close to that time.”

And now, after trundling around hopeless last season, Haas is suddenly comfortably in the top half. Schumacher placed eighth-fastest in second practice, Magnussen 10th—there might be more time for the AlphaTauri and particularly McLaren cars behind them to find, but that’s more than something to be cautiously optimistic about, for a team on a relentless recovery arc.

The only thing that might rain on Haas’ parade through the desert is that this development may have come through their engineering partnership with Ferrari. Which, for the teams suddenly finding themselves behind the Haas cars, is going to raise the topic of whether B-teams like AlphaTauri (which shares some engineering like its gearbox design with sister team Red Bull) and Haas’ borrowing of Ferrari brainpower is really fair play.

But it’s Formula 1. Someone has to be complaining about something, after all…