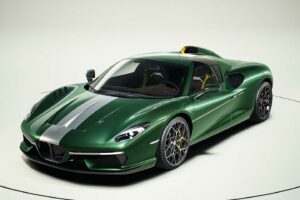 To celebrate its 95th birthday, Italian coachbuilder Touring Superleggera unveiled the Arese RH95, a mid-engine, carbon-fiber supercar using the Ferrari F8 Tributo’s 710-hp V8 and its seven-speed dual-clutch gearbox. The Arese is scheduled to make its debut at London’s Salon Privé show this September. The Turin-based coachbuilder said the Arese is the next generation of its Aero line, which started in 2012 with the Disco Volante.

“The Arese RH95 was born to share our passion for traditional custom coachbuilding,” the company said. “Eighteen units are expected, with deliveries beginning just one month after the official presentation.”

The design house says this is its first car built with carbon-fiber bodywork and its first midengine car. The company also says that the Arese RH95 “expresses a touch of drama in all its features,” from the scissor doors to the bright aluminum side trim to the grille and front air nostril. “Every flank and panel offers a visual delicacy,” the company said. 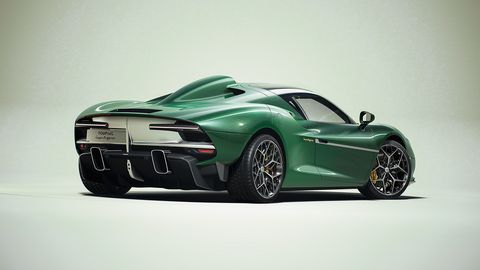 “The Arese’s stage presence reaches its zenith, however, with the rear clamshell, where the dorsal scoop is the car’s emblematic feature, simultaneously bold and functional, optimizing forced air circulation in the engine compartment,” the company said, adding the memory of the “Alfa 33 Stradale might occur to the connoisseur.”

The company said the Arese can hit 62 mph in 3.0 seconds and has a 211-mph top speed, and also said each completed car will be “thoroughly tested and quality assured” before its owner takes delivery.

The first Arese is finished in Verde Pino paint with a caramel interior. Interior ergonomics, overall visibility, and the Aero series “cocoon” concept of individual cockpits for driver and passenger “give the former a highly usable and comfortable workspace, and the latter a viewing and sensory experience of a lifetime,” the company said. 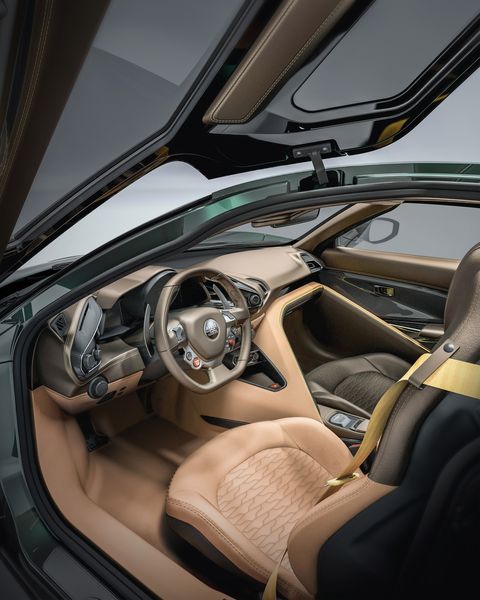 The second car will be painted what the company said is a “brilliant red of Alfa’s 8C Competizione” with white nose panels a la the ‘60s Alfa GTA racers. Car three will have Gulf Oil orange-and-blue livery.

Touring plans to make just 18 Areses, and buyers can supply their own donor car. The design firm didn’t say what brand the donor car is, only that the Arese “will be built around the chassis and drivetrain of a well-known exotic, midengine donor car, whose active dynamics have been engineered to handle the new body loadings and specifics, and ensure performance and efficiency.”

The company said each one will take six months to finish and that the price range is available on request.

What do you think of the Arese? Log into the comments and let us know.