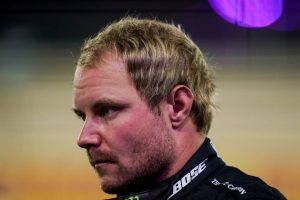 Valtteri Bottas has been working on toughening up both mentally and physically in his quest to sustain a 2021 World Championship challenge.

But while the Finn was happy to discuss what he had been doing to maintain his fitness and wellbeing, he was reluctant to open up about the measures he is taking on the psychological side.

Bottas, 31, is entering his fifth season with Mercedes but while he has won nine grands prix for the team, he has yet to push his colleague Sir Lewis Hamilton into the decisive stages of the title race.

The aim is, at the very least, to put that failing right this year – and there will certainly be no excuses for Bottas in terms of his preparation for the new season.

Besides competing in the Arctic Lapland Rally, in which he finished sixth overall, Bottas has been keeping up his fitness levels in both warm and cold conditions in Monaco and Finland.

“I had the right amount of time off, and then I’ve had another good block of physical training and from that side of things I’m feeling very strong,” said Bottas, quoted by Motorsport.com.

“Of course it was not like a pure holiday, it’s also hard work trying to build your fitness and everything. But I managed to do a lot of things that make me happy.

“There was lots of winter training, pretty extreme training as well, trying to maintain the Finnish ‘Sisu’ attitude and doing things that make you tough, basically. It’s been good.

“The same thing mentally. It feels like everything is in a good balance in my life and I’ve been enjoying now being here [at the Mercedes factory], busy with the team and preparing for the season, and for now everything is perfect.”

However, despite freely admitting the mentality aspect was important, Bottas did not want to say exactly what he was doing to improve in that area.

“A lot of the work and focus for me this season is the mental side of things,” Bottas said.

“I’m trying to be mentally at my best at the grands prix, trying to find the right way of approaching every single grand prix weekend and to try and find more often the ‘flow’ state.”

But asked for details, he replied: “Sorry to be boring and not too informative, but that’s something I prefer not to answer. It’s my private matter, and also I don’t want to share all the techniques.

“As I said, it’s something I’ve paid more focus on over the winter and will pay more focus on during the season and if I need help, I’ll use some professional help.