Home » Racing » Wolff: 'We want to prove you can't slow us down'

Wolff: 'We want to prove you can't slow us down' 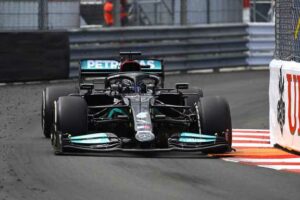 Toto Wolff has said Mercedes are welcoming the challenges and obstacles thrown their way as it offers the all-conquering team new motivation to succeed.

Mercedes has won every single available piece of silverware ever since the turbo hybrid era began in 2014, although that record appears to be under threat from Max Verstappen and Red Bull in the final year of these regulations.

But while the new regulations – and also the aerodynamic changes made ahead of the 2021 campaign – can be seen as active attempts to stop Mercedes’ dominance, Wolff says it just makes the Silver Arrows even more motivated to keep on winning.

The job’s done. 🧰🛠 Onwards and upwards from here. All eyes on Baku to come back smarter and stronger 💪 pic.twitter.com/VkhOSMj64o

“It is difficult to motivate a team that has had so much success to be even better every year,” Wolff said in an interview with Frankfurter Allgemeine Zeitung.

“You can see that in other sports as well. You always have to ask yourself what the new goal is.

“The next rule change…it helps enormously. We want to prove across the changes that you can’t slow us down. We’ve managed since 2014 to keep competing for and winning titles in 2017 and 2019 despite all the rule changes.

“Even for this year, there was another change [to the regulations] with the aim of changing the order of the standings.

“They cost us a lot of performance in absolute terms and especially relative to other teams. We lost about five or even more tenths of a second per lap.

“That’s a fact. I understand that the rights holder of Formula One always has an interest in offering a championship that is as competitive as possible.

“It’s not good for anyone that the same team with the same driver dominates for years. Formula 1, like any top sport, needs variability and unpredictability.

“It would be best if the World Championship was decided by a one-point difference in the last race.

“We take this attempt to slow us down sportingly. We now have to make the best of it. In a way, we needed it to be able to set new goals.”

Heading into round six in Baku, Mercedes find themselves behind Red Bull, albeit only narrowly, in both World Championships.