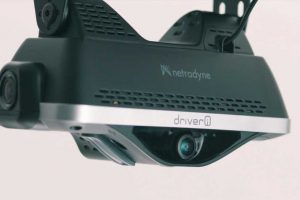 Amazon plans to install always-on surveillance systems in its delivery vehicles which will monitor and record drivers’ behavior as well as what’s going on around the vehicle, reports The Verge. The system is called Driveri—that’s pronounced “driver eye”—and it’s made by Californian company Netradyne. It uses artificial intelligence to analyze camera and sensor data and flag potentially dangerous situations. Amazon’s stated goals are to reduce collisions and encourage safer driver behavior when making deliveries.

The Information unearthed this unlisted training video from just a week ago explaining how Driveri works, and while we can’t embed it here, it’s definitely worth watching for the informative explanations and chipper but dystopian vibe. 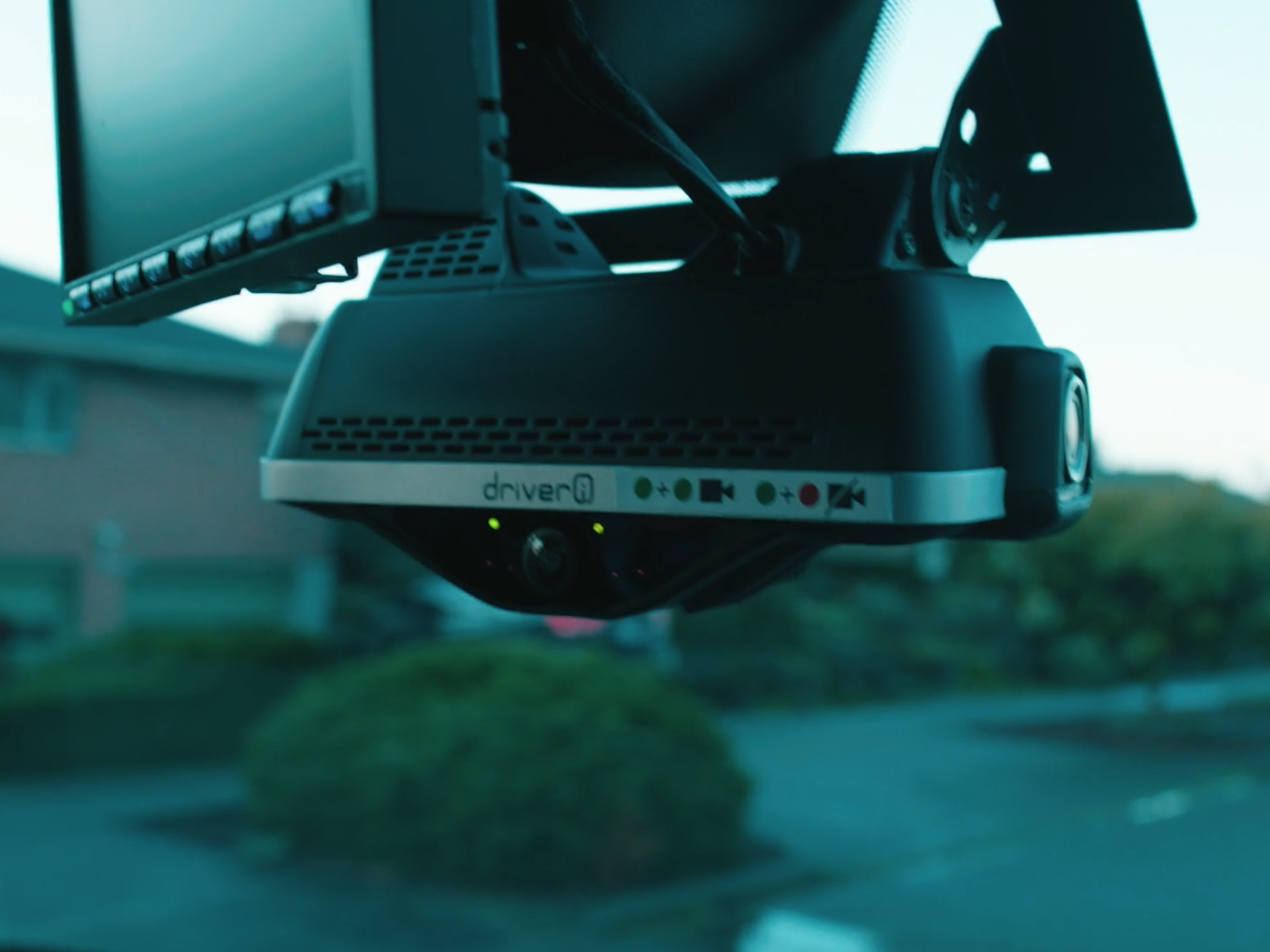 Driveri uses its four high-definition cameras and artificial intelligence to flag problems while driving. It gives real-time verbal feedback to drivers with verbal alerts like “please slow down,” “no stop detected,” “distracted driving” and “following too closely.”

This feedback isn’t just for the driver. There are 16 situations where Driveri will upload its footage to Amazon’s servers for a safety team at the company to review, 13 of which happen automatically. These auto-uploading situations are listed in the leftmost two columns of the screenshot below and include everything from obvious issues like failing to stop at stop signs, distracted driving and impacts to less obvious things, like making a U-turn or obstructing the camera. 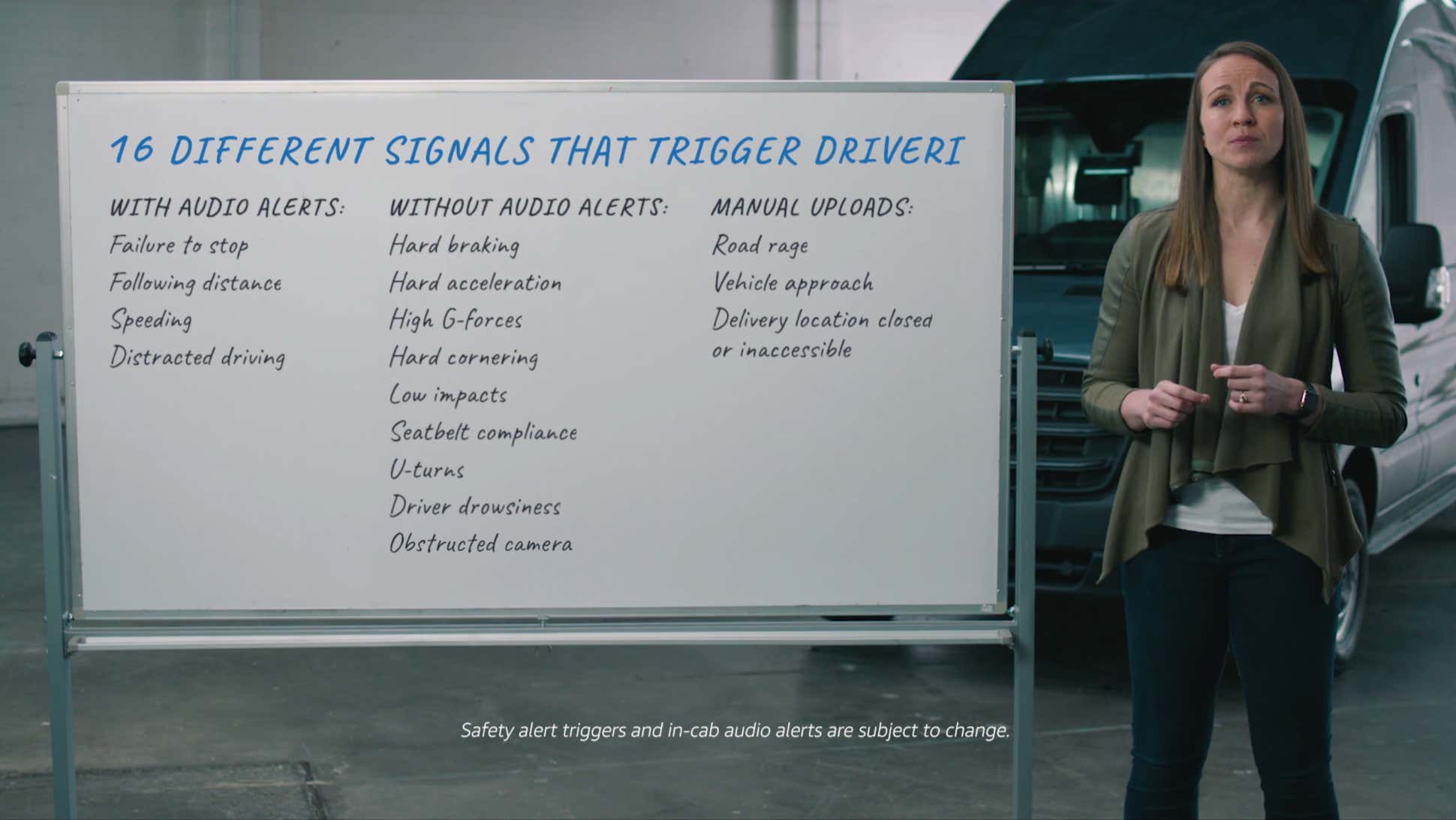 The full list of events that will send footage to Amazon.

To the system’s credit, a driver can also manually upload footage at the press of a button in case of a dangerous situation or possible dispute, such as an inaccessible delivery location. These are the three other situations listed in the right column of the screenshot above. That footage can also be used to prove that an incident wasn’t the driver’s fault.

In the video on Driveri, Amazon Senior Manager for Last Mile Safety Karolina Haraldsdottir claims that Driveri’s alerts alone reduce collisions by one third, and that the system’s encouragement of better driver behavior reduces collisions by another third.

“Encouragement” is putting it nicely here. Amazon is known for having strict, closely monitored metrics that its workers must hit to remain employed. Data collected by Amazon’s monitoring systems can and has been used against its workers, most notably in Amazon warehouses where workers have often accused the company of setting unrealistic goals that are impossible to keep up with safely.

The hammer comes down particularly hard on Amazon workers who don’t meet the company’s strict targets, as warehouse employee Ilya Geller explained to The Guardian:

“You’re being tracked by a computer the entire time you’re there. You don’t get reported or written up by managers. You get written up by an algorithm. You’re keenly aware there is an algorithm keeping track of you, making sure you keep going as fast as you can, because if there is too much time lapsed between items, the computer will know this, will write you up, and you will get fired.” 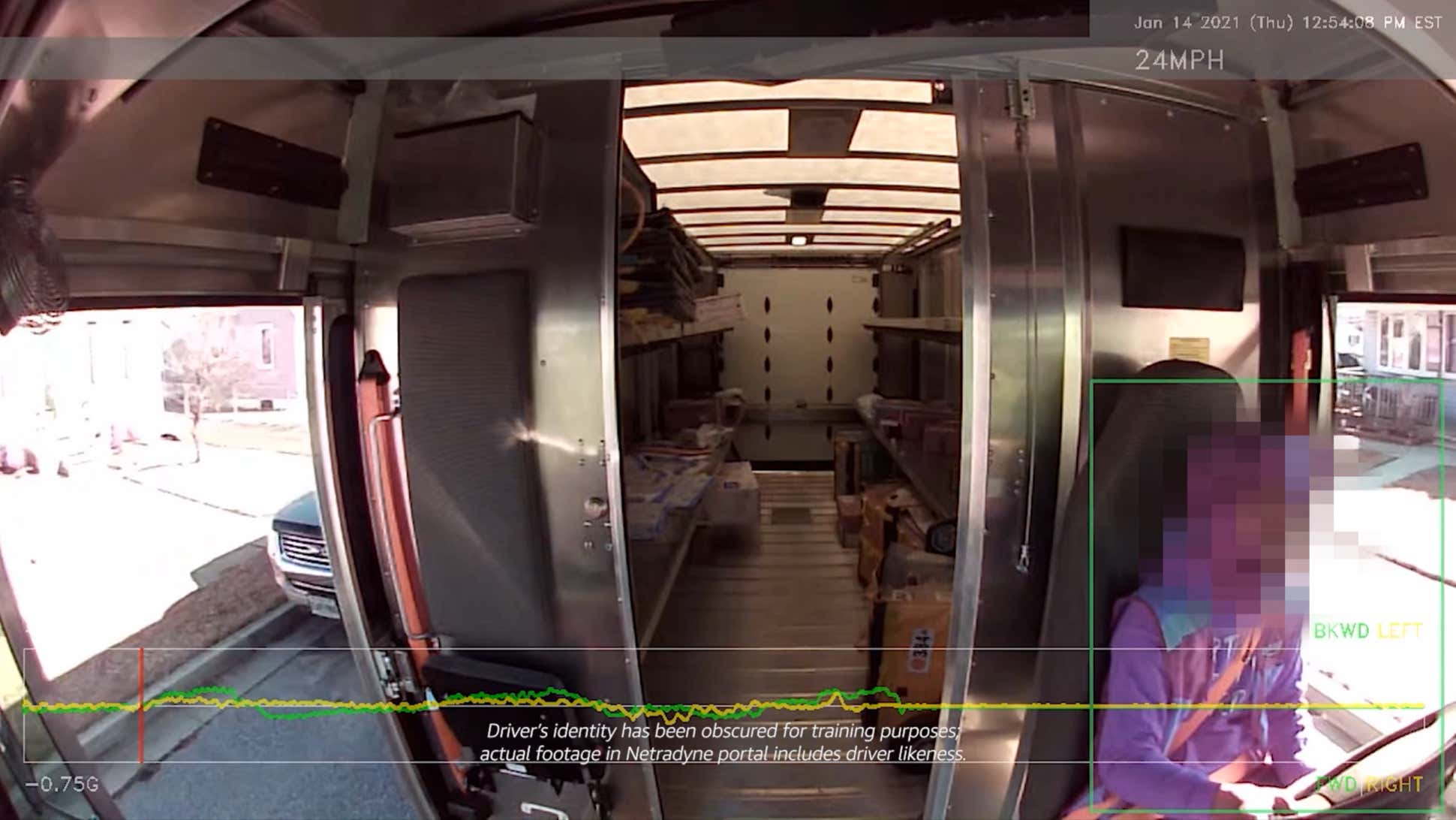 Amazon delivery drivers who spoke with The Information were understandably concerned about the company’s plans to add Driveri in their vehicles, as they also voiced complaints about Amazon placing speed and customer convenience over its workers’ safety. Drivers are already monitored through a mobile app that displays their location and whether or not the driver is behind schedule on their deliveries.

Last-mile delivery drivers also aren’t full employees of Amazon and have less recourse against the company if something goes wrong, including if any data or video gets used against them unfairly. Amazon typically contracts out its last-mile deliveries to third-party companies or gig-style workers through its Instacart-like Amazon Flex program.

An Amazon spokesperson did not specify as to how many delivery vehicles would get the Driveri system and when those cameras would be installed to The Information, but they did confirm that Driveri was rolling out to its vehicles:

“We are investing in safety across our operations and recently started rolling out industry leading camera-based safety technology across our delivery fleet. This technology will provide drivers real-time alerts to help them stay safe when they are on the road.”

This wouldn’t be the first time Amazon used cameras to keep track of its drivers’ behavior, The Verge notes. Its long-haul freight trucks are equipped with SmartDrive cameras that monitor for distracted driving and fatigue, as The Information described in detail here.

Cameras are not the only way Amazon has kept tabs on its employees, either. The company was caught surveilling private Facebook groups for Amazon Flex employees last year, looking for any chatter about work stoppages, strikes or other labor-related actions against the company, The Verge reports. 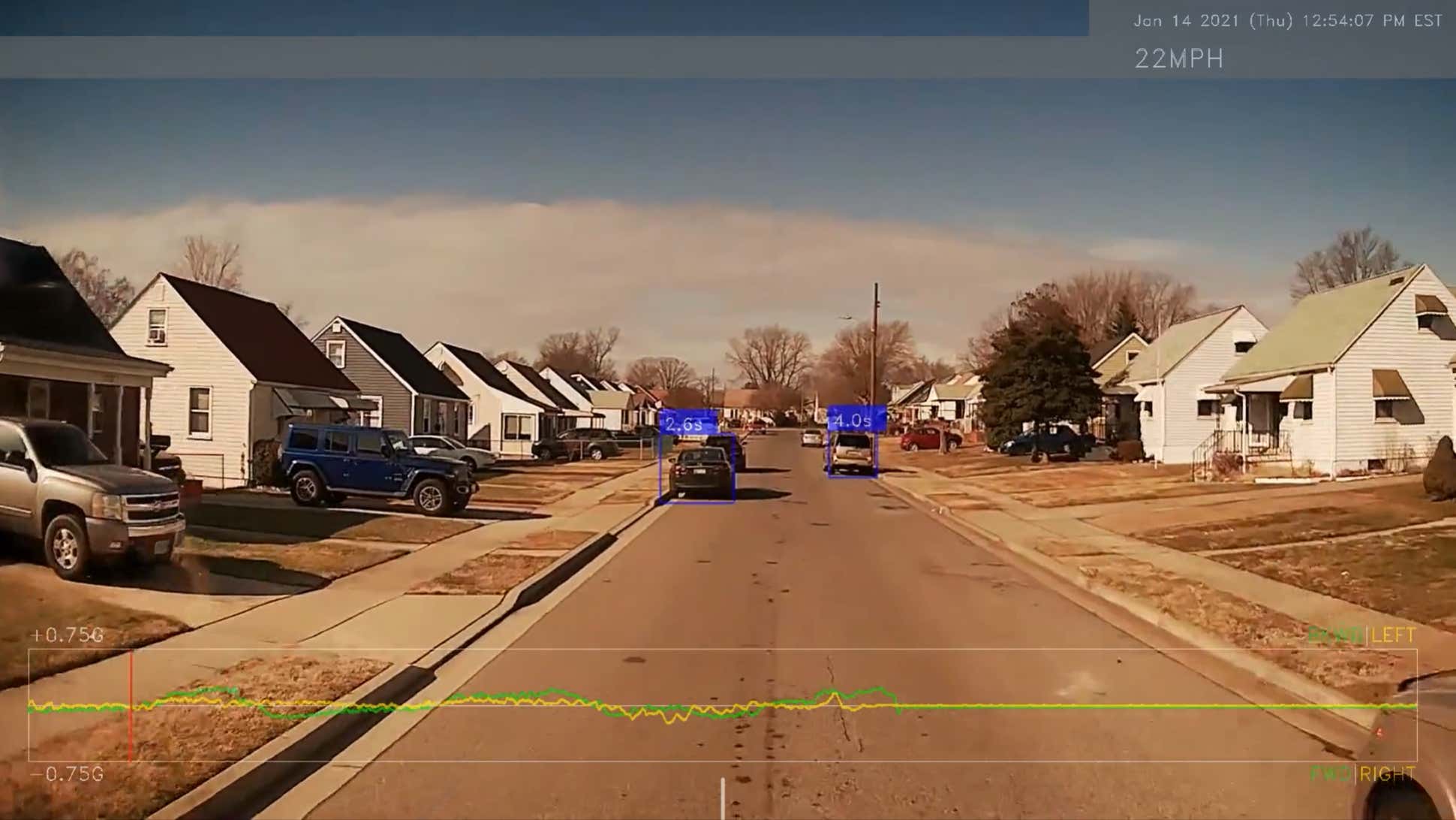 While we’re all pretty used to the existence of dashcams by now, Amazon is a completely different beast than, say, Boris’s Cool Fun Siberian Traffic Mayhem Channel. The sheer amount of footage of and data from the general public collected by one large corporation is unsettling in a very Big Brother-style way. If you aren’t captured on Amazon-connected video through a neighbor’s Ring camera or overheard by Amazon Alexa somewhere, you’ll soon likely show up on one of these ubiquitous delivery vans’ Driveri systems, and short of going completely off-grid, there’s no way to opt out.

The Drive reached out to Amazon directly to ask about specific timing for Driveri’s rollout as well as employees’ and others’ concerns about data use and privacy, but we received the same brief statement about “investing in safety” that The Information received.