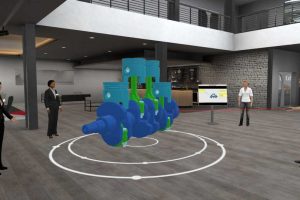 Audi likes to pride itself on innovation—few car companies don’t—and in these trying, socially distant times, that can mean effectively developing a system where employees recreate themselves as The Sims and wander around a virtual office.

If that seems bleak (and it does, there’s no way around it) then it’s not intended that way. Audi Spaces was built by Audi Akademie to create more natural and spontaneous interaction, allowing employees to be in a virtual office together in some capacity without the direct intensity of a video call. 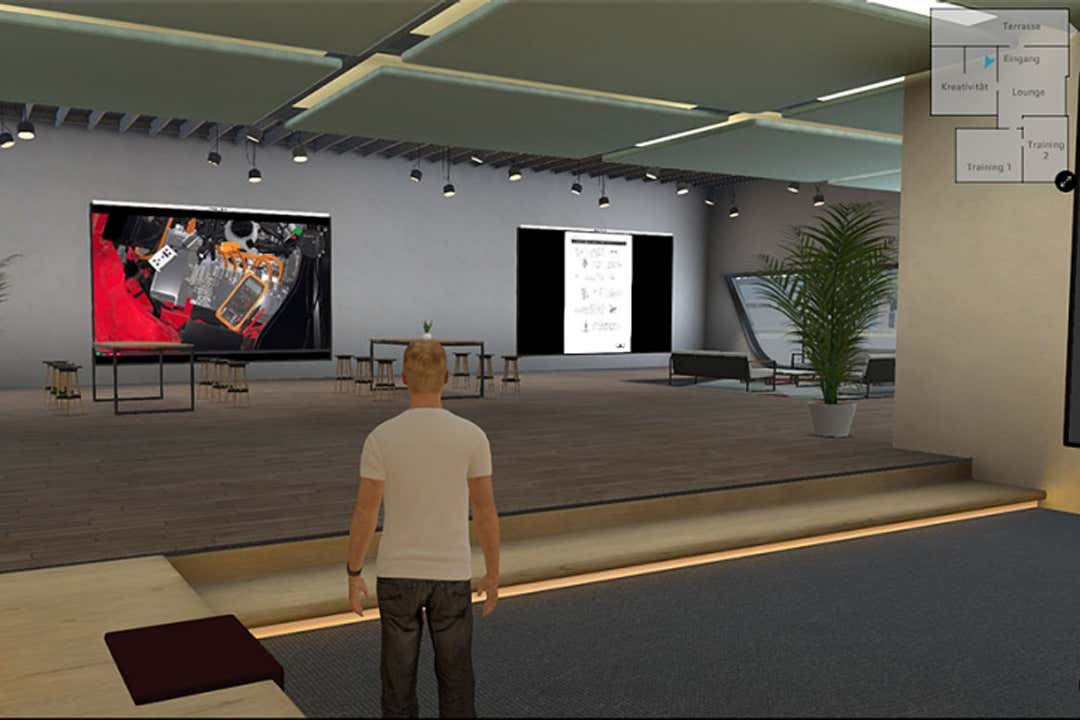 One of Audi’s virtual office areas in Spaces, from the point of view of an employee

With apparently more than 4,000 Audi employees already using the system, it has some way to go to match Second Life’s 900,000 users or, presumably, the latter’s extensive selection of office-inappropriate virtual outfits. But Audi says it’s a success, with users saying it’s a less tiring way to communicate than video conferences while “reinforcing the feeling of community” which heaven knows, all of us need at this point.

Is it dystopian to have created a vicarious, fantasy office whereby you can meet with all your colleagues worldwide? Yes. Is it really tempting to make jokes about Mercedes relaunching Habbo Hotel and BMW having a Club Penguin reboot in the works? Also yes. 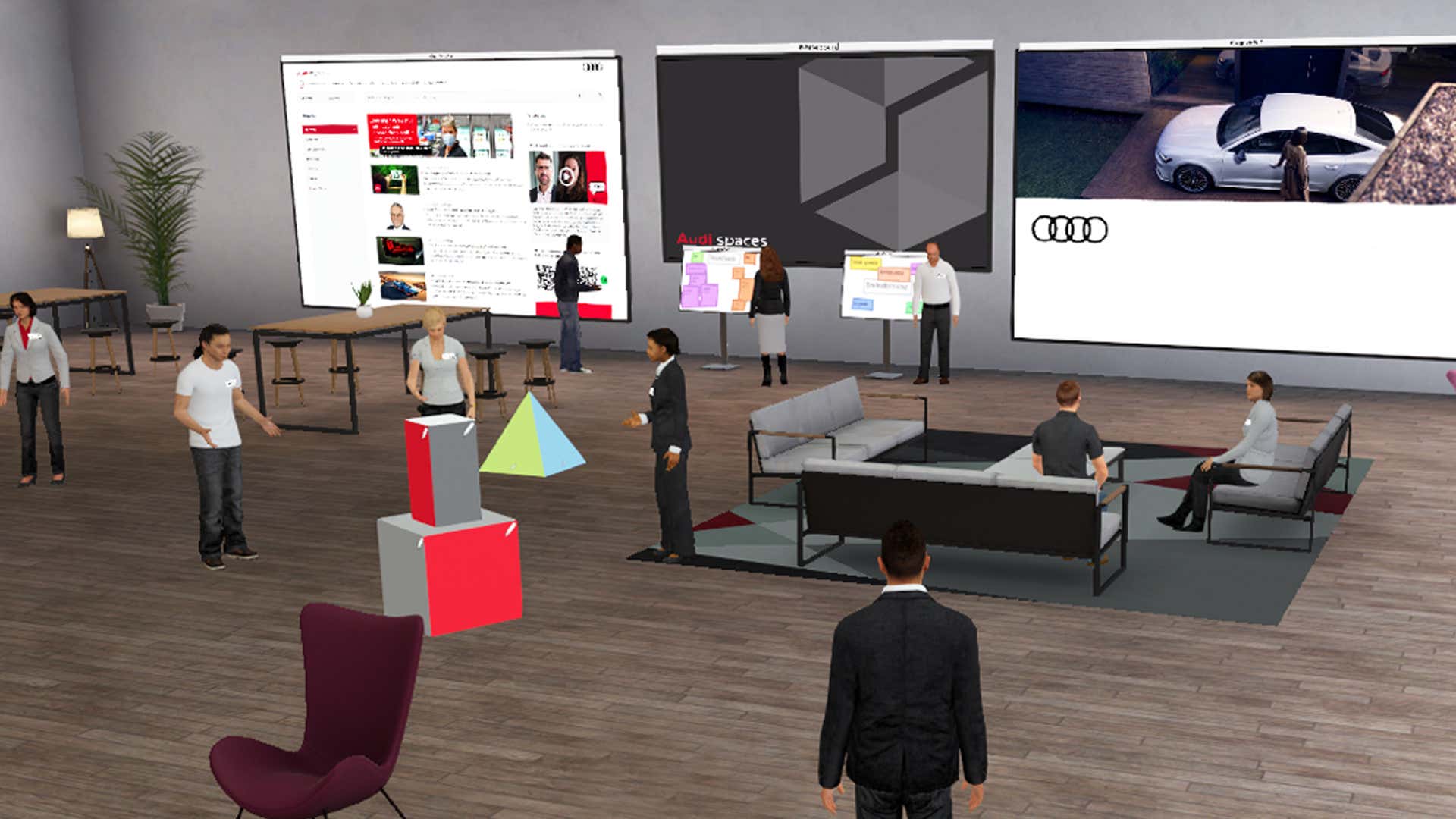 But we live in dystopian times and six million people use Club Penguin now, apparently. Besides, Audi has a lot of research divisions you might not know about, like its entire team of people who smell things and presumably might be able to make this an even more immersive experience if the current situation continues.

And Audi does take the virtual world and your place in it very seriously—after all, its Formula E team fired Daniel Abt for using a sim racing stand-in during a charity tournament last year.