This year’s SEMA Show has gone digital due to the coronavirus; however, automakers and tuners still have builds and products they want to show to the world. Ford is one such automaker, hosting its Ford Auto Nights webcast tomorrow night to show off three custom builds – a Ford F-150, a Ford Bronco, and a Ford Bronco Sport. The company will also show off a kitted-out Ford Ranger Tremor and the Mustang Mach-E GT and Mach-E 1400.

We’d expect most attention to fall on the two-door Ford Bronco Badlands Sasquatch concept the company says shows off how someone can turn the Badlands-spec Bronco into the ultimate weekend off-roader before converting it back to its weekday clothes. The Bronco’s design allows the concept to feature swappable front fenders and rear quarter panels with 3D-printed titanium parts that help to reduce weight and increase strength. The concept also features unique step-over doors reminiscent of the first-gen Bronco U13 Roadster. 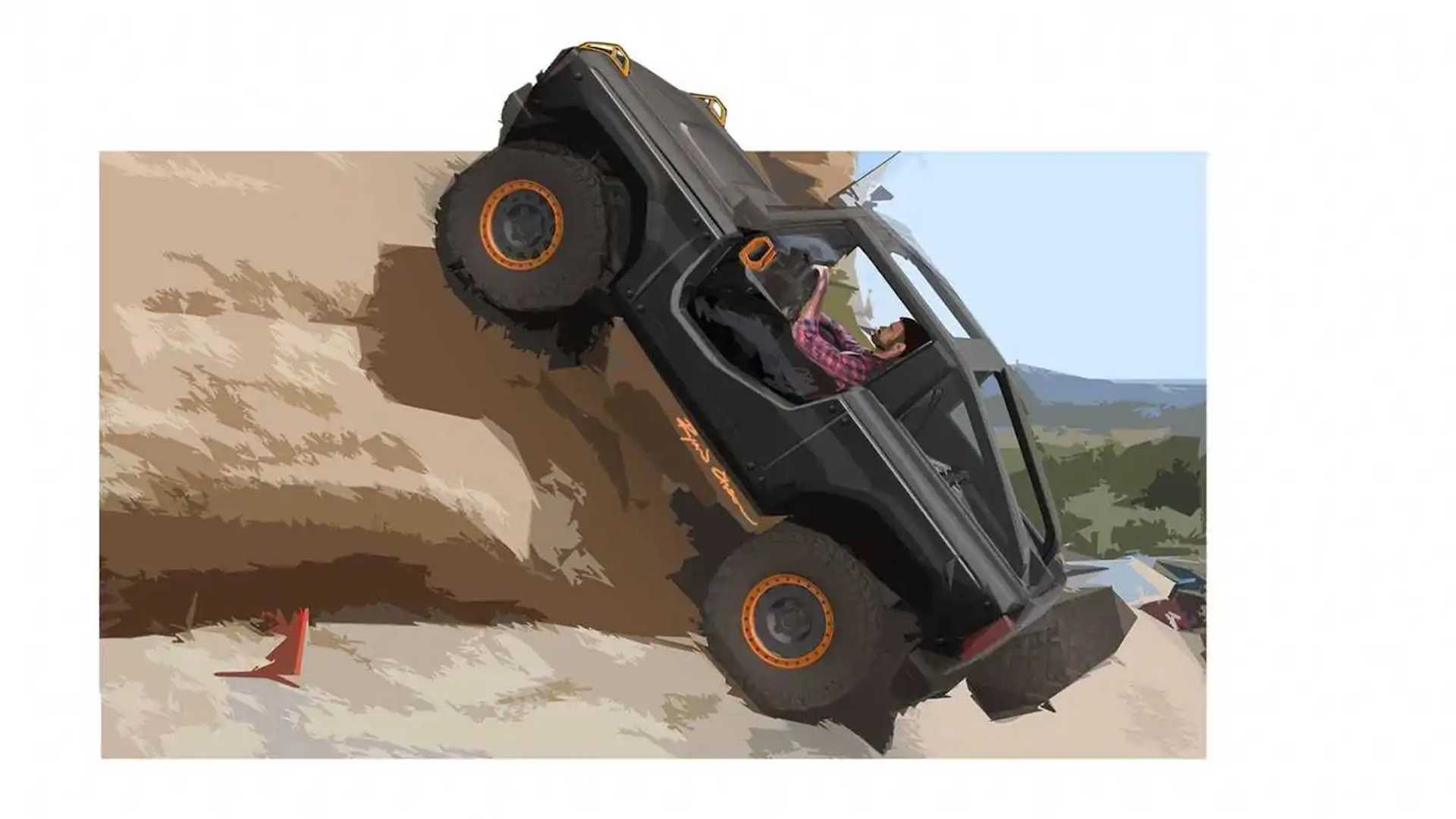 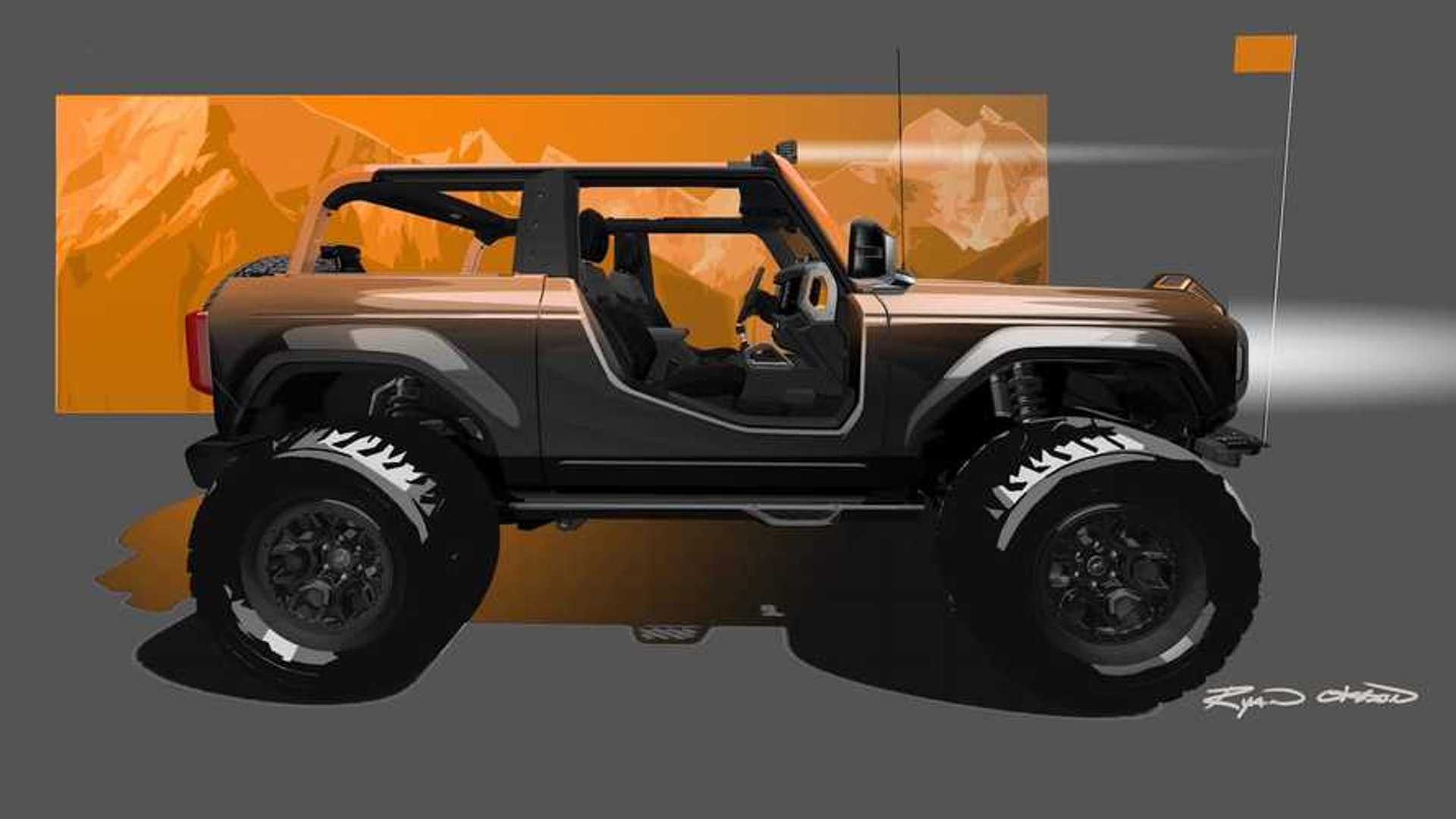 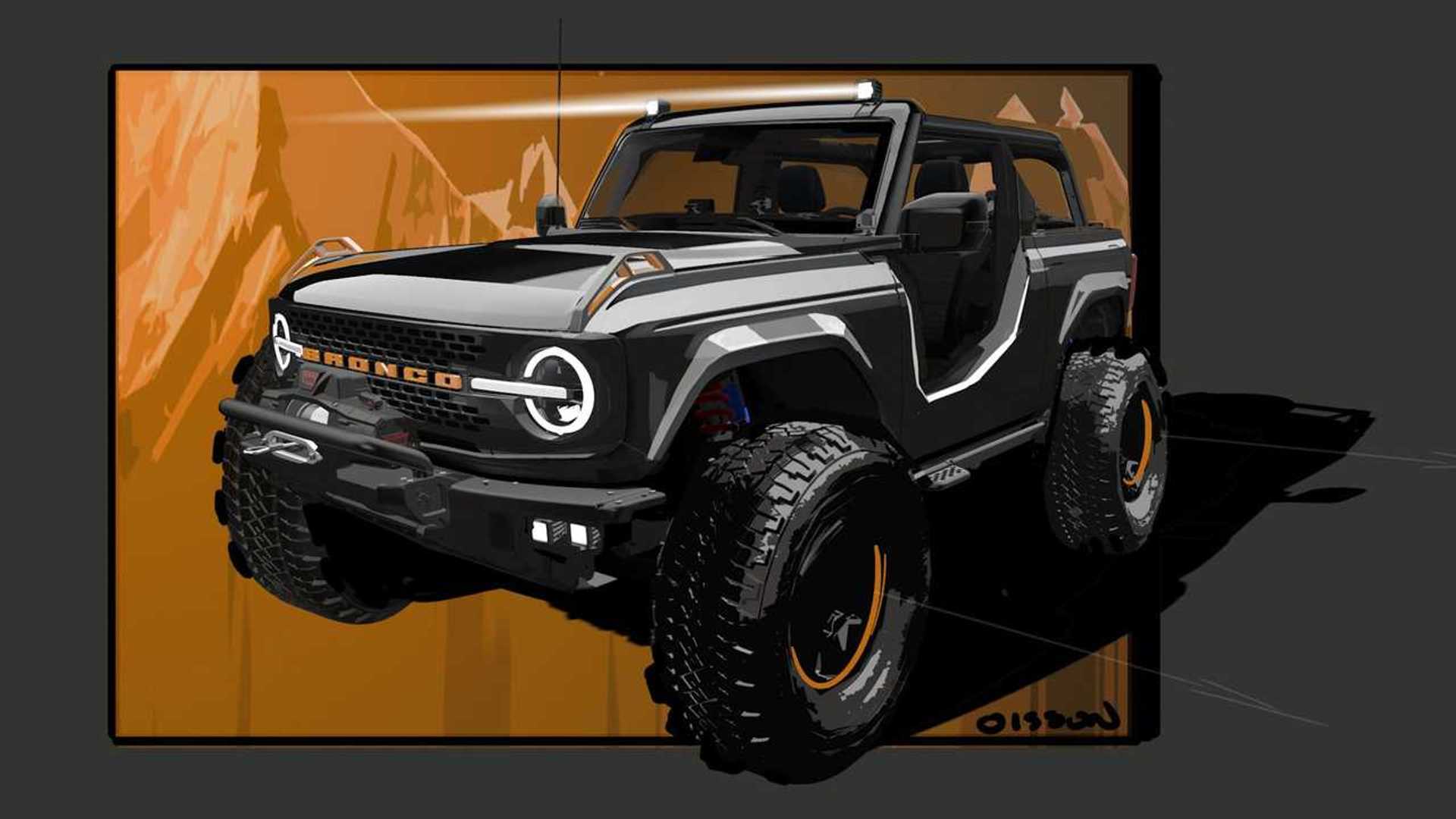 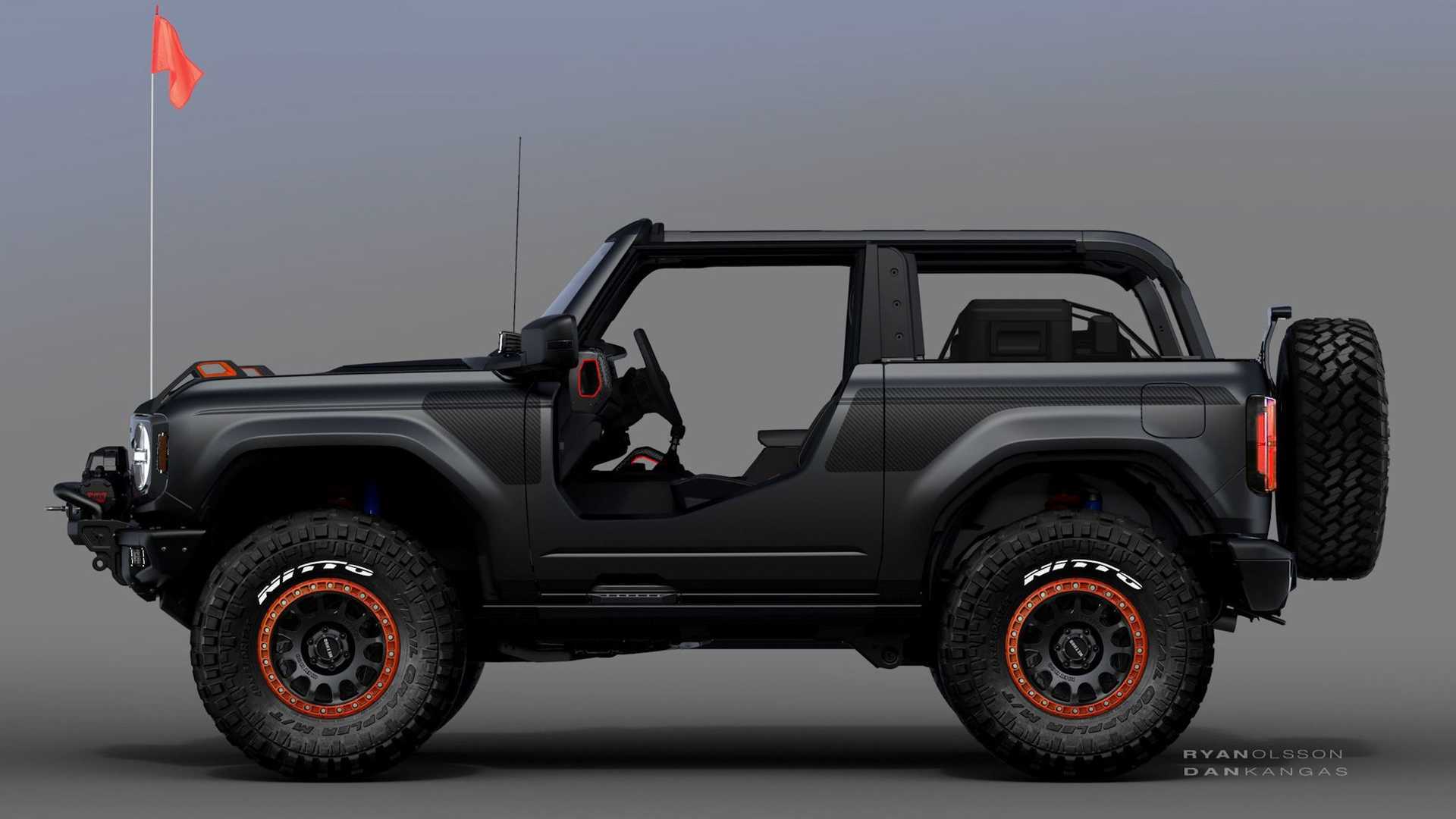 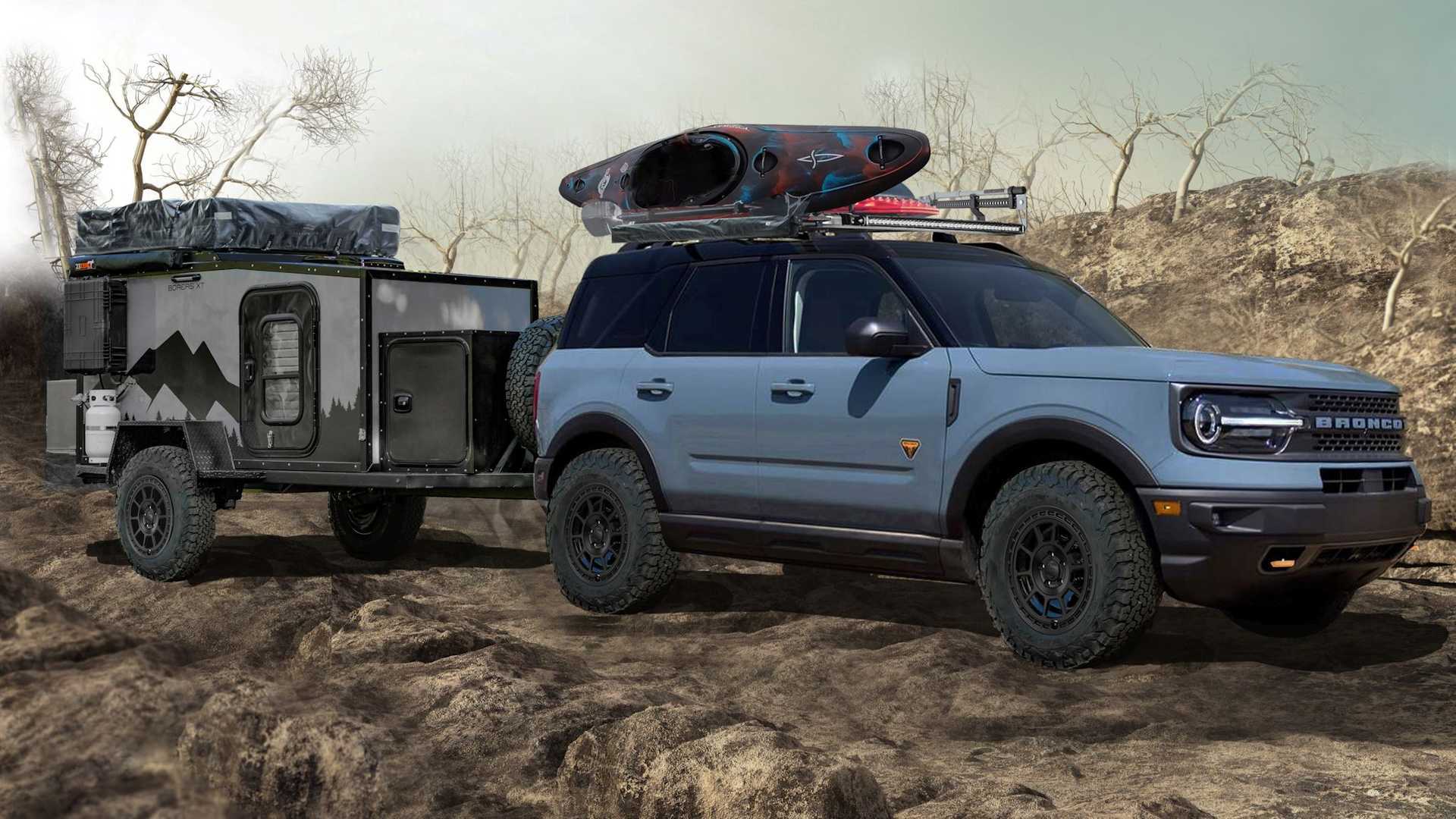 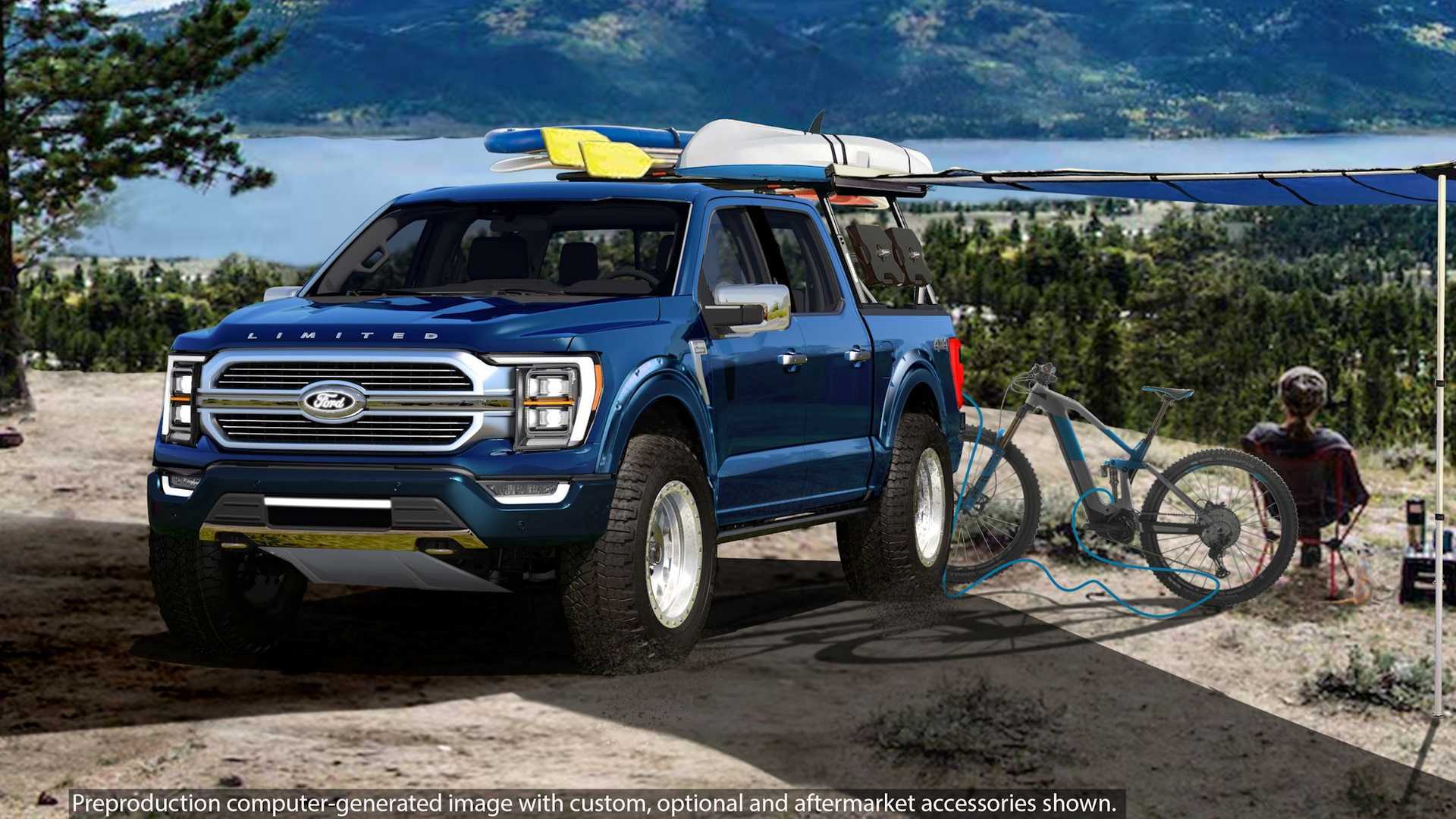 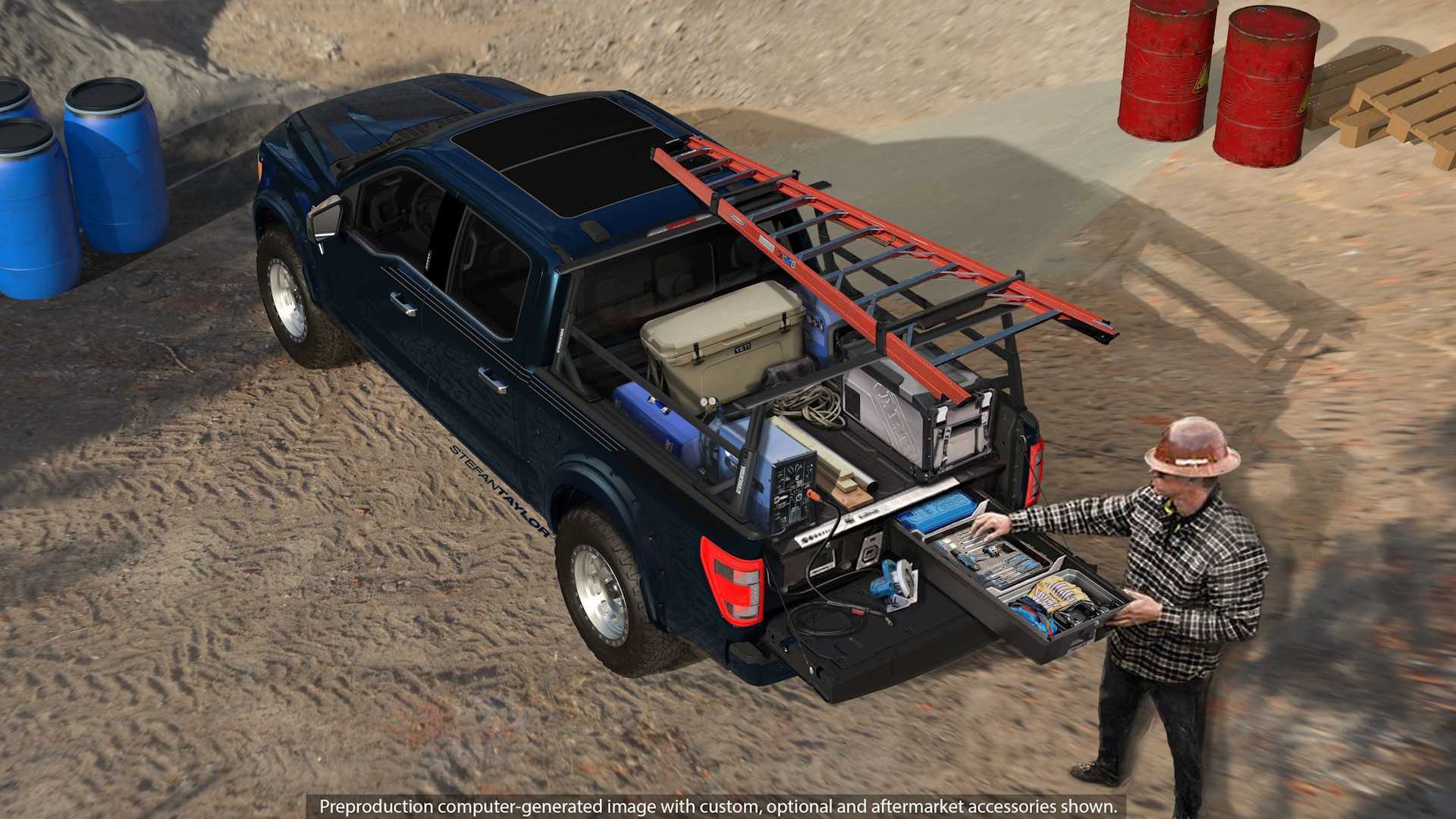 The Bronco Sport build comes from MAD Industries. Details about what upgrades were made aren’t provided; however, Ford says the automaker partnered with the company to create “an outdoor adventurer’s dream conversion.” We’ll hopefully learn more during Ford’s online event. The F-150 by BDS Suspension that Ford plans to show highlights the pickup’s new Pro Power onboard mobile power generator, which can not only power tools and equipment needed for the workweek but also power weekend adventure gear and supplies.

Ford’s SEMA show cars highlight the automaker’s focus on customization. The company has promised over 200 accessories will be available for the Bronco when it goes on sale next year. The aftermarket scene is only growing, and Ford doesn’t want to miss out on that. Those who tune into the company’s webcast tomorrow at 8 p.m. EST will also see a modified Ford Ranger Tremor with aftermarket parts and the Mustang Mach-E.