New Products brought to you by HOT ROD OE Reproduction Grille for 1985–1992 Chevy Camaros
Classic Industries // 714.847.6887 // classicindustries.com
If you’re restoring a Chevy Camaro, you’ve probably been on the hunt for original-equipment-restoration (OER) parts. Classic Industries has your grille solution: a new OER-authorized reproduction one for 1985–1992 Camaros, including the base, RS, and Z28 models. The company manufactures the grille from ABS materials, using factory specifications to ensure proper fit and an authentic appearance. Note: Mounting hardware is not included, and it cannot be used on Berlinetta models. Applications are as follows: 1985–1987 Z28 models without foglamps, 1987 Rally Sport models without foglamps, 1988–1989 base models, and 1990–1992 Rally Sport models without the 25th-anniversary option.
Price: Approximately $30 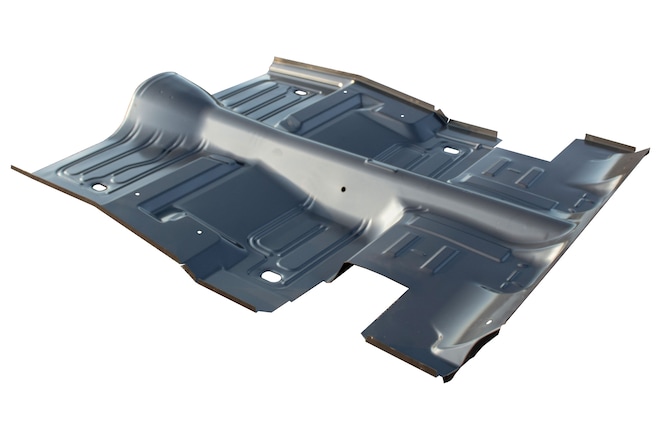 Full OE-Style Floorpan for the Ford Fairlane and Torino
Auto Metal Direct // 877.575.3586 // autometaldirect.com
A full, OE-style floorpan can be had from Auto Metal Direct for the 1966–1971 Ford Fairlane and 1968–1971 Ford Torino. It’s true to the original, right down to the shape, size, bends, holes, and ribs; it’s also complete coverage, just like the factory piece, with seamless integration with the adjacent panels that have OE dimensions. The Auto Metal Direct floorpan is stamped from OE-gauge steel and is EDP-coated, which helps keep rust and corrosion at bay. This product is correct for all models, except for the station wagon and Ranchero.
Price: $499.99 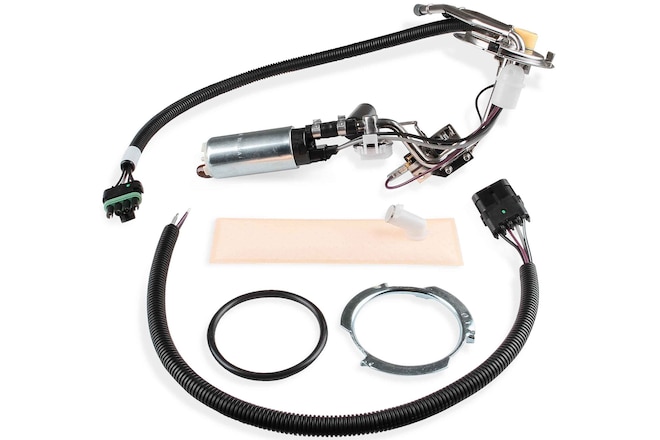 Easily Upgrade From Carb to EFI
Holley Performance Products // 866.464.6553 // holley.com
Holley has expanded its EFI pump module lineup to now include the 1978–1987 GM G-bodies and 1973–1987 C/K series. The module can handle up to 550 hp and is a direct replacement for the factory pick-ups and sending units. The kit includes a 255-lb/hr in-tank fuel pump and HydraMat fuel reservoir, keeping fuel available at the pick-up and reducing starvation during cornering, acceleration, braking, and whenever the tank is low. On the subject of tanks: Switching to an EFI pump module won’t mean you need an entirely new tank or any fab work or mods done to what’s already in your vehicle. In fact, Holley said you can retain the stock fuel hardline, as fuel return is handled inside the tank. The module also has a fuel-level sending unit that’s been calibrated to work with the existing factory fuel gauge. And fuel pressure has been preset to 58 psi and regulated internally, so you won’t have to buy an external pressure regulator.
Price: About $330 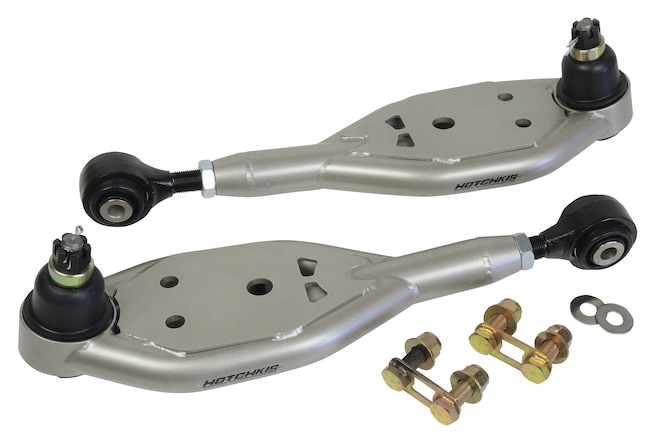 Mustang Lower Control Arms—With Even More Adjustability
Hotchkis Sport Suspension // 877.466.7655 // hotchkis.net
You should check out these lightweight, adjustable lower control arms from Hotchkis if you’ve got a 1964–1973 Mustang and a desire to adjust camber with ease and speed, as well as to improve cornering, tire grip, and steering response. The inner mount incorporates the company’s EZ-swivel sealed bushing, which is where you gain increased adjustability with consistent, bind-free operation and precise camber settings to improve the aforementioned turn-in grip, stability, and handling. The control arms feature 1-1/4- and 1-1/2-inch premium steel tubing and have been TIG welded. They also have durable screw-in ball joints and laser-cut gussets to bring on the strength, and there’s a gold powdercoat finish.
Price: Less than $600