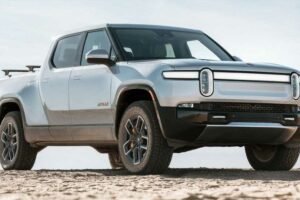 Revisions for the United States’ electric vehicle tax credit are continually being discussed as Build Back Better, the act which contains the language defining the credit, gets closer to a vote in the House of Representatives. As we covered on Tuesday, Toyota and other automakers are not happy about the extra union-built discount that’s been proposed. Something else has been altered now, as Reuters reports—the act has raised its price ceiling for vans, SUVs, and pickup trucks to $80,000, up from $64,000, $69,000, and $74,000, respectively.

Now, this language isn’t final and it’s been changing somewhat frequently. That said, the potential effect of this change translates into a $12,500 discount for large, more expensive vehicles. On the flip side of this, the income levels necessary to be eligible for the credit have gone down. If one’s individual income is above $250,000 or their household income exceeds $500,000, they no longer qualify for the incentive. This is down from $400,000 and $800,000, respectively.

The $55,000 cap for sedans has stayed where it is, effectively making smaller, more expensive cars less attractive from an incentives standpoint.  Combine this relatively low price cap for sedans with the aforementioned provision reducing the credit by $4,500 for non-union-made EVs, plus a discount of $500 for having American-made batteries, and expensive, foreign-built sedans are getting hit the hardest here. It also doesn’t help that all EVs made outside the U.S. after 2027 wouldn’t be eligible for any credit whatsoever if the act passes in its current form.

Needless to say, internationally based automakers are not happy about this. Reuters indicates several foreign countries who export vehicles stateside have written to protest the act’s text, including South Korea, Germany, France, Italy, Japan, and more. Non-unionized domestic automakers like Tesla and Rivian are upset, too, and a company like Lucid, which isn’t unionized and makes no vehicles besides sedans above $55,000, would currently receive little if any of the credit despite being an American company building EVs in Arizona.

It’s unclear if Congress will cave to the pressure from a big chunk of the auto industry, foreign and domestic, to alter the text of the act. Build Back Better, however, is embroiled in debate irrespective of its automotive implications. There will be plenty more discussion on the EV tax credit before anything gets voted on.