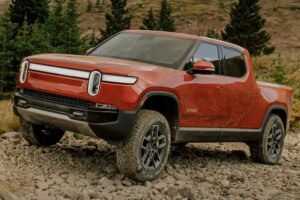 Rivian announced this week that it will delay production of R1T pickups and R1S SUVs with either its pricey 180 kWh Max battery or cheaper base-model Explore package until 2023 in order to prioritize more popular middle-ground builds, according to an email from CEO RJ Scaringe to customers that was subsequently posted on Reddit.

“In order to serve the largest number of preorder holders, we will be prioritizing building the Adventure Package with Large pack battery during the next year,” Scaringe wrote in the letter, whose authenticity was confirmed by Car and Driver. “Explore Package preorders and vehicles with a Max pack battery configuration will follow in 2023. In setting our delivery timing, we optimized our build sequence around the build combination that would support us ramping as quickly as possible and therefore have the largest possible positive climate impact.”

Rivian says the $10,000 Max battery option will increase the range for both the R1T and R1S to over 400 miles; with the standard Large 135 kWh pack, it’s an EPA-rated 314 miles for the R1T and an estimated 316 for the R1S. Scaringe said that approximately 20 percent of its 71,000 preorders are for the R1T with the Max battery (it’s not possible to order an R1S with Rivian’s Max battery pack right now), but evidently that wasn’t enough to make it a manufacturing priority. 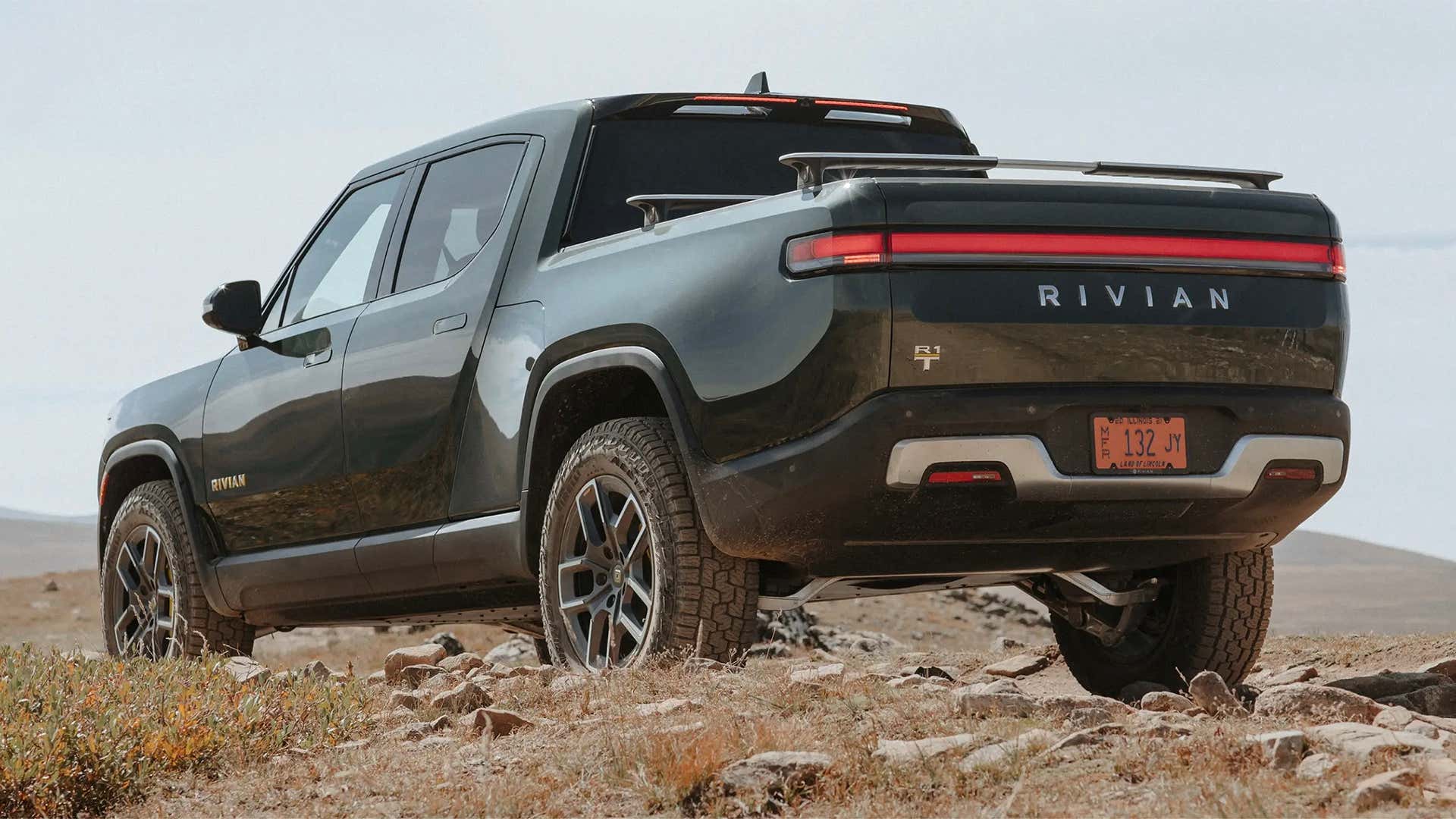 Scaringe didn’t provide a breakdown of the Explore package preorders, the base trim that loses things like ventilated seats, wood trim and a power tonneau cover in the R1T in exchange for a $5,500 price chop from the more popular Adventure trim. If you’ve seen the R1T’s $67,000 starting price bandied about as production began this fall, keep in mind that no one paying anywhere near that number will be getting their truck for at least another year.

This isn’t the first speed bump Rivian’s encountered as it finally launched its first vehicle after a decade of development. In early 2020, Rivian pushed deliveries of the R1T to early 2021 over pandemic-related issues. May 2021 saw another delay to the summer thanks to the global semiconductor shortage. By mid-July, Rivian changed its delivery window to September. That month saw an extremely limited number of R1Ts start to roll off the line, but by November the timeline for large-scale customer deliveries was pushed again to March 2022. With these additional delays for certain specs, it means that some customers will have been in line for over five years before receiving a vehicle in their desired configuration.

“We realize these timing estimates may be different than what some of you had originally expected. We know any shifts in timing can be challenging as you try to plan vehicle purchases and trips you want to take. To Max pack and Explore preorder holders who have been with us since 2018 and 2019 whose delivery windows may push into 2023—we value your loyalty and commitment and will be reaching out to you in January to gauge your interest in reconfiguring to an Adventure Package with Large pack battery so that you can take delivery in 2022.”

In an effort to be more transparent with delivery windows, Rivian says that it is working to introduce a feature on reservation holder’s account pages that give a better delivery estimate and represent the exact vehicle that a customer configured. 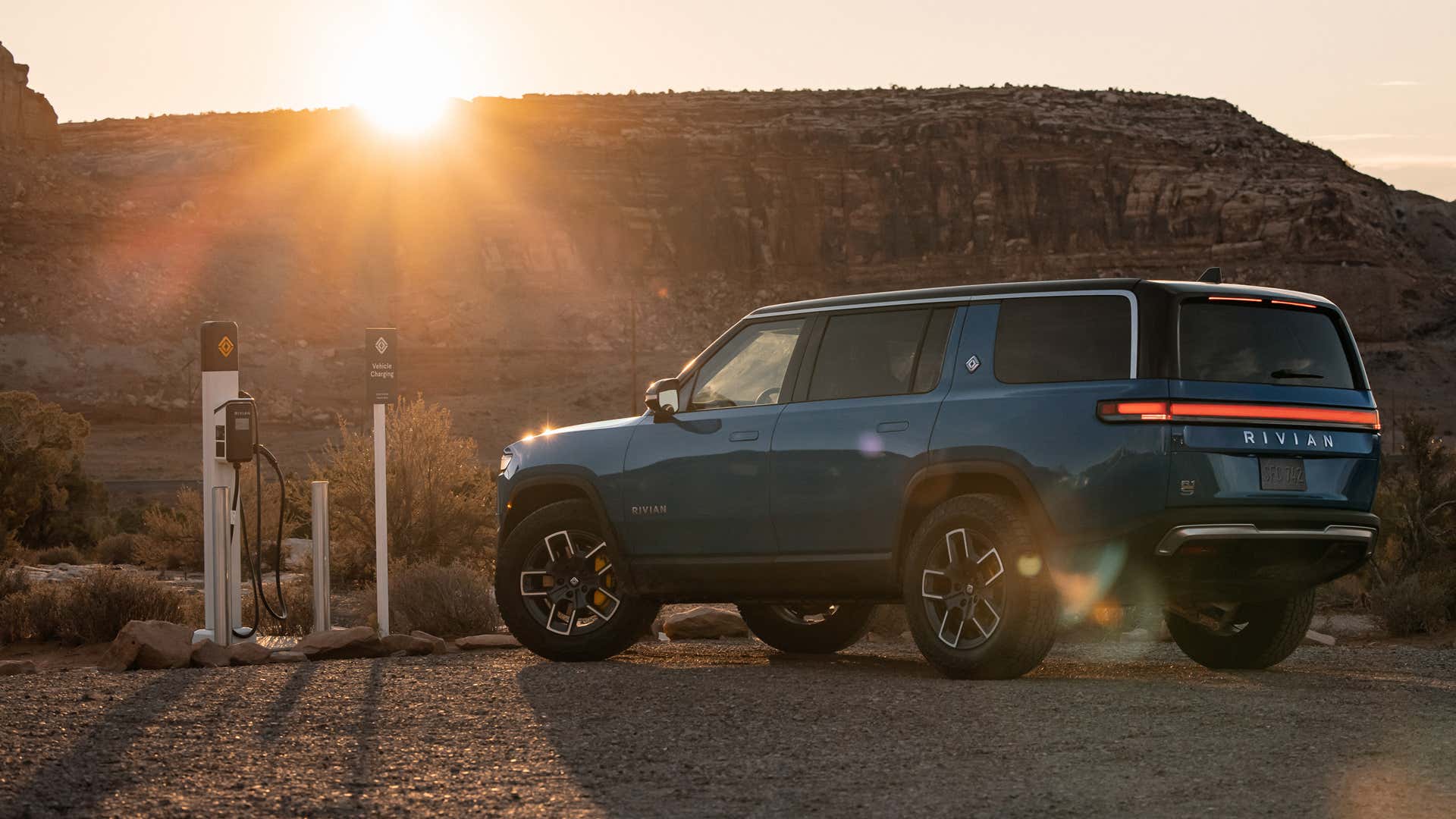 As you take this in, also keep in mind that the automaker is contractually bound to a deal penned with financial-backer and retail logistics giant Amazon and must deliver 10,000 electric delivery vans in 2022 with a target of 100,000 vans by the end of the decade. Obviously Rivian is setting itself up to fill orders from both regular customers and Jeff Bezos at the same time, but chances are these delayed R1T and R1S configs might’ve arrived sooner without that side project taking up resources.

Unsurprisingly, Rivian also recently announced plans to scale up production capabilities. Its plant in Normal, Illinois will be expanded by approximately 20 percent, bringing its total footprint to 4 million square feet. It will also break ground on a new assembly plant in Georgia sometime in 2022, assuming chip shortage and pandemic-related delays don’t interfere this time around.